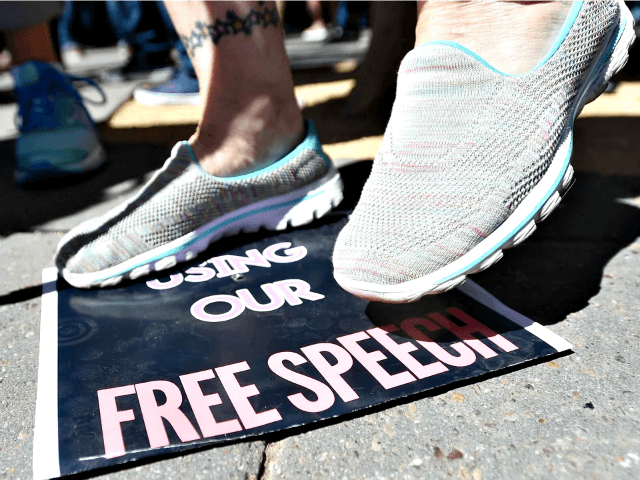 The Prevention, Advocacy & Resource Center (PARC) at Brandeis University in Waltham, Massachusetts, has actually released a strange “Overbearing Language List” prompting trainees to refrain from stating specific words and expressions that have actually been considered offending. The list consists of “policeman” along with “crazy” and “walk-in.” The list even calls on trainees to stop stating “trigger caution,” a leftist favorite on campus.

“PARC recognizes that language is a powerful tool utilized to commit and perpetuate injustice,” states PARC on the school’s website. “As a neighborhood, we make every effort to remove overbearing language from our daily usage. This list is suggested to be a tool to share information and tips about potentially oppressive language.”

The so-called “overbearing language” is broken up into 5 classifications:

Language That Doesn’t State What We Mean

In the “Identity-Based Language” classification, students are encouraged to cease using words like “police officer,” “she/he,” and “African American,” and instead, replace those words with, “policeman,” “they”– unless they request for their pronouns first– and “Black (with a capital B).”

“Ableist language” is such as “crazy,” “lame,” and “walk-in” is also discussed on the list, and recommended to be replaced with, “that’s bananas,” “frustrating,” and “drop-in.”

The term “people of color” is likewise out, and need to now be changed with “BIPOC,” which stands for “black, Native, and people of color.”

In the “Language That Doesn’t State What We Mean” classification, expressions such as, “everything going on right now” should be replaced with “cops brutality, demonstrations, BLM, COVID-19, and so on”

And rather of saying, “I’m going to kill myself” or “kill me,” Brandeis University chooses that students rather state, “I’m truly upset” or “I’m so overwhelmed.”

The “Violent Language” category asks trainees to stop saying “killing it,” and instead change the term with “fantastic job,” or “incredible.” The term “trigger warning” is also now deemed violent, and should be changed with “content note.”

“Picnic” is also a violent word, according to the university, which suggests it must be replaced with “outside consuming.” The school explains that “picnic is often associated with lynchings of black people in the United States, throughout which white spectators were stated to have enjoyed while consuming, describing them as picnics or other terms involving racial slurs versus black people.”

The “Culturally Appropriative Language” classification considers “people,” “powwow,” and “spirit animal” oppressive, suggesting they be replaced with “friends,” “gathering,” and “animal I would most like to be.”

The university is likewise encouraging trainees to suggest other words or expressions that they would like to see on the Oppressive Language List.

“What idea do you have for our Oppressive Language List?” PARC asks. “Individual factors are more than welcomed and if you have any other sources, that too.”