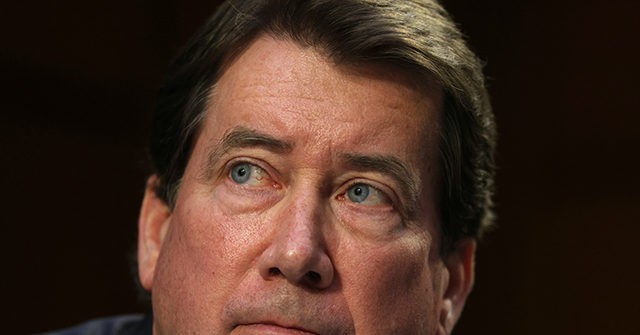 It’s a harmful time for the United States and our other allies in the Middle East. Terrorists and terror-sponsoring regimes are threatening our security and testing our resolve.

That’s why I went to Israel over Memorial Day– to stand unquestionably with Israel after Hamas and other Iran-backed terrorists in Gaza spent 11 days indiscriminately launching more than 4,000 rockets versus Israeli civilians. I likewise wanted to evaluate firsthand the after-effects of the worst continual terrorist assault against Israel in years.

My findings on the ground only declared my belief that the United States should reverse its existing trajectory and take instant steps to help our allies much better defend themselves and our common interests amid serious and event risks.

It was breathtaking to see up close Israel’s Iron Dome rocket defense system, which shot down over 90 percent of the Hamas rockets that it targeted.

It was heartbreaking to witness the damage that the few rockets that penetrated the Iron Dome caused on Israeli communities. I walked amongst the ruins of a home ruined by a Hamas rocket that hurt the elderly woman who lived there and killed her caretaker.

And it was humbling to meet the males and females of the Israeli Defense Force (IDF) who responded with accuracy strikes against terrorist targets in Gaza and went to fantastic lengths to minimize civilian casualties. Although a fringe of the American left has actually attempted to draw an incorrect ethical equivalency in between Hamas and Israel, there’s no comparison in between the terrorists bent on killing civilians and IDF service members using discriminate force to protect civilians.

For Israel, the very first top priority is to resupply and expand its Iron Dome rocket defenses. This top priority was made perfectly clear after the Iranian program revealed that it will assist Hamas and other terrorists restock and improve their weapons for future attacks, Israeli leaders recognize that they should reload their defenses to stay ahead of the terrorist hazard.

It’s crucial for the United States to increase support for Iron Dome. Toward that end, I discussed with Israeli authorities the Emergency Situation Resupply for Iron Dome Act (S. 1751), my bill to authorize the Executive Branch to reroute foreign support far from Hamas-controlled Gaza and towards efforts to renew and update Israel’s Iron Dome interceptors. So long as the Palestinian Authority takes part in “pay-for-slay” financing for terrorism and Hamas continues to divert foreign aid meant for restoring, we ought to not enable American tax dollars to flow into them.

My legislation– which is co-sponsored by Senators Cruz (R-TX), Marco Rubio (R-FL), Tom Cotton (R-AR), and James Lankford (R-OK), and has a buddy expense in your house of Representatives– would carry out the double function of keeping U.S. help and squander of terrorists’ hands while utilizing these resources to make Israeli civilians safer.

More normally, Israel– like other regional allies– stays seriously worried that the Iranian program will utilize the continuous nuclear settlements with the Biden administration in Vienna to extricate sanctions pressure and gain 10s of billions in incomes to fund its terrorist proxies, like Hamas, more than ever before. I share their issues.

President Biden declares he wants to rejoin the Iran deal and after that make it “longer and more powerful.” But it is naïve to believe the United States can give up its greatest utilize upfront, and then somehow draw out bigger concessions from a pushed Iran later.

If the Biden administration wants to pursue a Middle East policy that can endure beyond the next U.S. election, it must start anchoring its policy on 3 concepts.

First, listen to Israel and other allies in the region. They are under increased risk from an emboldened Iran and its terrorist proxies. They are dismayed by the Biden administration’s naive outreach to Iran through intermediaries like China, Russia, France, and Germany rather than including those countries in the area that live under direct risk from Iran. They want to see America pursuing peace through strength, not appeasement through weak point.

Second, stand strong with our pals when they’re under attack. Israel and other allies desire an America that explains that we will hold terror-sponsoring routines and terrorists completely responsible for their hostility.

Third, restart the momentum for peace. Israel and other allies want America’s aid to sustain and broaden the historic Abraham Accords, under which four Arab nations, up until now, have actually stabilized relations with Israel and are increasing economic ties.

My trip to the post-conflict scene in Israel verified my belief that, if the Biden administration wants to prevent a policy that will do little but provide the Iranian regime much better implies to attack Israel and other allies, it must alter course. It is crucial that Congress hold the administration liable until it does.

Bill Hagerty is a United States Senator from Tennessee and a previous U.S. ambassador to Japan.