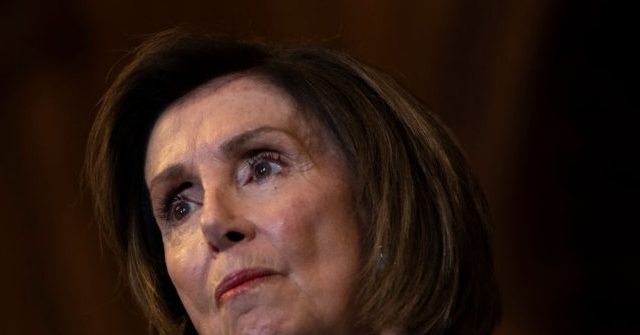 When a reporter asked Pelosi throughout her weekly press conference about Omar’s remarks concerning equating the United States and Israel to the terror groups Hamas and the Taliban, Pelosi interrupted the press reporter by stating, “let’s stick with this” and stated she would “answer that later.”

“I don’t,” Omar replied. “I think it’s actually crucial to reflect to the point that I was attempting to make. Obviously, I was dealing with Secretary of State Blinken.”

“I think it’s really essential for these [Home] members to understand that they have not been partners in justice,” she described. “They have not been engaging in looking for justice around the world, and I think I will continue to do that. It is essential for me as someone who understands what it seems like to experience oppression in manner ins which much of my coworkers don’t.”

“I have actually welcomed whenever my coworkers asked to have a discussion to learn from them, for them to gain from me,” she continued.

Omar tweeted Wednesday that “Most of my colleagues across Congress might not be refugees themselves, but fleeing war and persecution only to find a refuge in the United States of America– * is * the Jewish-American experience, she said. “This binds us.”

Most of my coworkers throughout Congress might not be refugees themselves, but running away war and persecution just to find a haven in the United States of America– * is * the Jewish-American experience. This binds us.

Pelosi sidesteppedthe exact same concern on June 11 by stating no additional action would require to be taken on Omar’s remarks comparing the United States and Israel to terrorists.

Omar originated the debate by tweeting on June 11:

We must have the very same level of responsibility and justice for all victims of criminal activities versus humanity. We have actually seen unthinkable atrocities dedicated by the U.S., Hamas, Israel, Afghanistan, and the Taliban. I asked @SecBlinken where people are expected to go for justice.

We must have the same level of accountability and justice for all victims of criminal offenses versus humanity.

We have actually seen unimaginable atrocities committed by the U.S., Hamas, Israel, Afghanistan, and the Taliban.

I asked @SecBlinken where people are supposed to choose justice. pic.twitter.com/tUtxW5cIow