Who and What Is Tearing the US Apart? 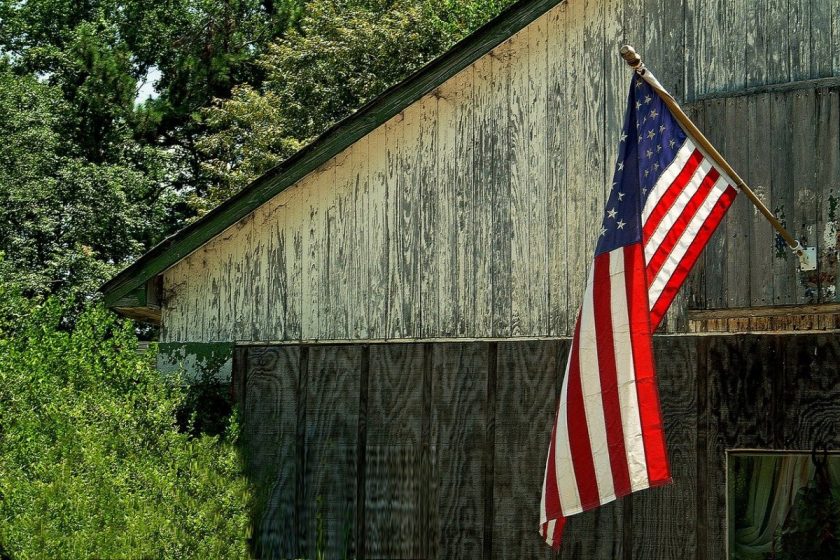 What is Bush saying here? That Ashli Babbitt, the Flying force veteran shot to death attempting to get in the House chamber on Jan. 6, and Mohamed Atta, who drove an airliner into the North Tower of the World Trade Center in a massacre of near 3,000 people, are “children of the exact same nasty spirit.”

In Shanksville, Pennsylvania, on Saturday, previous President George W. Bush’s style was nationwide unity– and how it has actually been lost over these past 20 years.

“In the weeks and months following the 9/11 attacks,” stated Bush, “I was happy to lead an incredible, durable, united people. When it concerns the unity of America, those days appear distant from our own. A malign force appears at work in our typical life that turns every dispute into an argument, and every argument into a clash of cultures.”

Though he definitely did not recognize it, Bush had himself, minutes before, offered us an example of how that unity was ruined when he drew a parallel between the terrorists of 9/11 and the Trump protesters of Jan 6. Said Bush:

What is Bush saying here?

That Ashli Babbitt, the Flying force veteran shot to death trying to enter your home chamber on Jan. 6, and Mohamed Atta, who drove an airliner into the North Tower of the World Trade Center in a massacre of near to 3,000 people, are “kids of the same nasty spirit.”

Query: Was not Bush himself here providing us an example of the “malign force” that “turns every dispute … into a clash of cultures”?

Bush did not mention his own contribution to our nationwide divide: his intrusion of a nation, Iraq, that did not threaten us, did not attack us, and did not desire war with us– to deactivate it of weapons it did not even have.

Have something to state about this column?Visit Gab– The social media network that champions free speech– Remark without Censorship!Or see Pat’s FaceBook page and post your remarks … Which contributed more to the loss of America’s national unity

? The 4 hours of mob violence in the Capitol the afternoon of

2003?”In those fateful hours”after 9/11, stated Bush,” Lots of Americans had a hard time to understand why an enemy would dislike us with such passion.”Yet, well before 9/11, Osama bin Laden, in his statement of war on us, listed his complaints. Our sanctions were starving the kids

of Iraq. Our military existence on the sacred soil of Saudi Arabia, house to Mecca, was a national insult and a blasphemous outrage to Islam. After 9/11, Bush invaded Afghanistan and Iraq. President Barack Obama attacked Libya and plunged us into the Syrian and Yemeni civil wars.

Therefore, over 20 years, we have been responsible for the deaths of numerous thousands– Afghans, Iraqis, Syrians, Yemenis, soldiers and civilians alike– and driven hundreds of thousands more from their houses and their nations. Are Americans really as oblivious, as Bush recommends, as to why it was that our opponents”hate us with such passion “? Many of these peoples want us out of their countries for the

exact same factor that 18th-and 19th-century Americans wanted the French, British and Spanish out of our country and out of our hemisphere. Watch the most recent Videos on Our Buchanan-Trump YouTube Playlist! Yet, it is not just the Bush and Obama wars that have actually made us a lot of enemies abroad and so deeply divided us in the house. Our southern border is being overrun by prohibited immigrants whose number,because President Joe Biden took office, has been running

at near to 2 million a year, with 30,000″get-aways”a month. These last are primarily males who never reach the Border Patrol as they proceed to their picked locations. They are coming now not just from Mexico and the northern tier countries of Central America however likewise from some 100 nations worldwide. Americans fear they are losing their country to the unwelcome and getting into millions of the Global South coming to dispossess them of their patrimony. They never ever elected this invasion and have wanted their picked leaders to stop it. Former President Donald Trump made their trust

because he attempted and, to a great degree, prospered. Unlike previous generations, our 21st-century divisions are far wider– not just economic and political, but social, ethical, cultural and racial. Abortion, same-sex marital relationship and transgender rights divide us. Socialism and industrialism divide us. Affirmative action, Black Lives Matter, metropolitan crime

, gun violence and important race theory divide us. Allegations of white benefit and white supremacy, and requires that equality of chance pave the way to equity of rewards, divide us. In the COVID-19 pandemic, the wearing of masks and vaccine mandates divide us. Needs to take down monoliths and memorials to those who were, till recently, America’s greats– from Christopher Columbus to George Washington to Thomas Jefferson and Andrew Jackson, from Abraham Lincoln to Robert E. Lee to Theodore Roosevelt and Woodrow Wilson– divide us. We are even divided today on the most basic of questions: Is America now, and has it always been, a great and terrific nation, worthwhile of the commitment and love of all its children, of all its people? And are we Americans proceeding toward that “more best union “or heading for a reenactment of our previous violent disunion? Do You Value Reading Our Emails and Website? Let us know how we are doing

— Send us a Thank You Via Paypal! Image Source: PixaBay … Keep in mind: We are an Amazon Associate. Your purchases on Amazon.com through any of our links will assist support Buchanan.org–

at no additional cost to you! Make