A Great Weapon for Any Homestead or Survival Compound 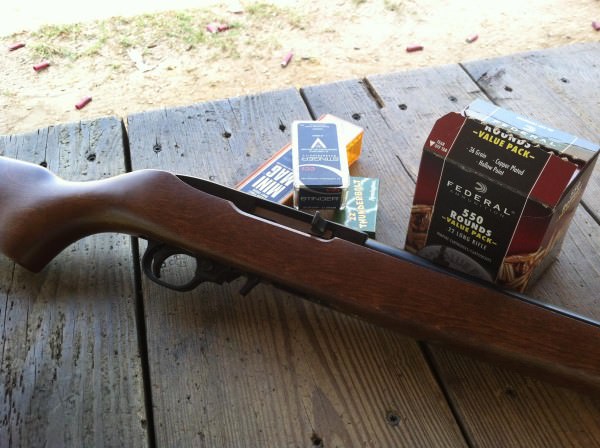 What do you think?

If you don’t already own a Ruger 10/22 Rifle, then vote for me as a write-in candidate because everyone should have a Ruger 10/22.

They’re not only fun but useful. That’s why Ruger has sold somewhere more than six million of them over the past 51 years.

Way back in 1964, Ruger released this gun, and from a quick look at the exterior, it appears almost identical to the current 10/22 Carbine model. Back then, it seems Bill Ruger considered this a little brother companion gun to the Ruger .44 Magnum Carbine, which Ruger billed as “The Perfect Brush Country Deer Rifle.” In fact, if you look at the original ads for the 10/22, Ruger describes it like this:

If you like fine rifles you can now have the satisfaction of owning a .22 Rimfire that is built to big game rifle standards.

The mechanical perfection of the 10/22 makes it a worthy companion to the dynamic Ruger .44 Magnum Carbine.

Back then, retail price on this fun little plinker was just $54.50. It was priced to sell, usually significantly less than competing models.

Even if Bill Ruger (read more about the history of Bill Ruger) really did view this as some type of afterthought to the .44 Magnum Carbine, it couldn’t help but to succeed. After all, who can resist a sweet-handling .22 rifle? Yeah, they’re great for beginners, but experienced shooters also get plenty of joy from shooting a .22LR. And this particular one had an irresistible set of features. With an 18 1/2-inch barrel, an overall length of just 37-inches, and highly portable five-pound weight it’s supremely convenient to carry and shoot. (continue reading)