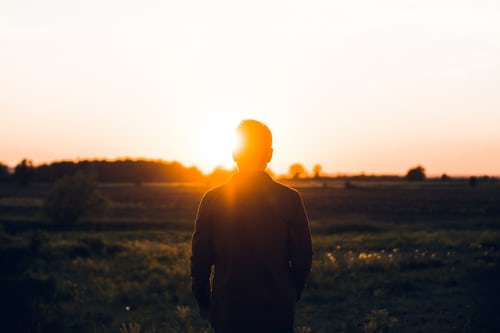 We all know Acupressure has been around for some 5,000 years now and those of us involved in Holistic and wellness remain convinced that the procedures encompassed within this sphere are more efficacious than physical therapy. Every living being has a life force, or energy called qi or chi (pronounced “chee”). When this energy, which runs along meridians, is in balance and flowing freely, the body is in a state of health. Acupoints tap into the major energy pathways of the body

When this energy is blocked or deficient, illness can result. These energy disruptions are often the result of stress or injury. It is believed that acupressure causes the brain to release endorphins. Endorphins play an important role in immune function, pain relief, stress reduction, and slowing the aging process.

Lower back pain has long been the bain of the modern world not only in lost man-hours but also because of the numerous side effects, complications, and nuances of lower back pain complaints. Further studies now confirm the benefits of acupressure over physical therapy. Albeit that the studies failed to take into account functional status and disability as recommended by

For most low back pain researchers the results are still very meaningful and relevant. In February 2006 a randomized controlled trial took place at The National Taiwan University in Taipei.

129 patients with chronic low back pain received acupressure or physical therapy for 1 month. Primary endpoints were self-administered Chinese versions of standard outcome measures for low back pain (Roland and Morris disability questionnaire) at baseline, after treatment, and at 6-month follow-up. After treatment, the mean total Roland and Morris disability questionnaire score was significantly lower in the acupressure group than in the physical therapy group regardless of the difference in absolute score or mean change from baseline.

Compared with physical therapy, acupressure was associated with an 89% reduction in significant disability, and that improvement was maintained at 6-month follow-up. Study limitations include a confounding psychological effect of therapy; loss of 15.5% of patients to follow-up at 6 months and effectiveness of any manipulation therapy dependent on the therapist’s technique and experience.

Participants were aged 18 to 81 years. Exclusion criteria were pregnancy and contraindication to acupressure. 64 patients were randomized to acupressure and 65 to physical therapy. Conclusive or inconclusive the results still point towards the undeniable and positive aspects of acupressure and holistic healing.

On a lighter note Acupressure has also been cited as a new aid for sleepy students. 39 student volunteers found that those who were taught to self-administer acupressure to stimulation points on their legs, feet, hands, and heads were less likely to drowse during class. The acupressure consisted of light tapping of fingers or using thumbs or forefingers to lightly massage the stimulation points. It was conceded that more study is needed about acupressure and the effect on human alertness.

Looking further into the positives might this self-administered acupressure also be a consideration for children with ADHD contra Ritalin!