Get Ready: The Real Estate Bubble Is About To Pop 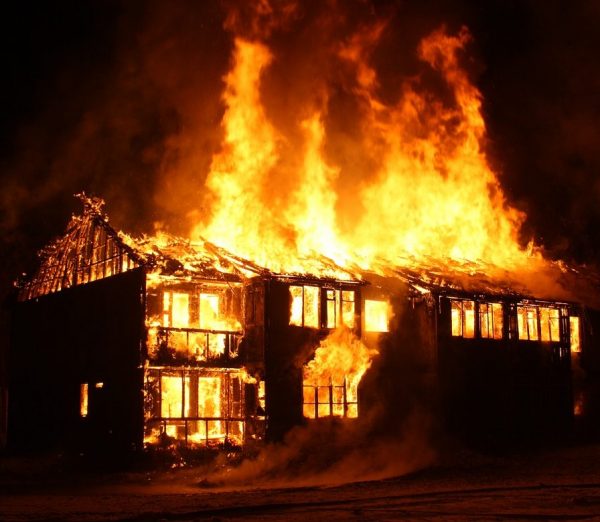 As you already know, the federal government has been pumping free money into the banks since 2008, and now- right on schedule- we’re heading for another crisis. We’ve talked about the dangers of this policy before.

The housing market has been hot for a long time; the government hands out money like candy, the banks loan it out at low interest to under qualified home-buyers, and those buyers turn around and snatch up houses they never could have afforded otherwise. Everything’s great, right?

Once the demand falls and yesterday’s prices are suddenly too high, owners who want to stay in their homes are stuck with expensive payments while those who want to sell can’t and are faced with the harsh reality that their property is actually only worth as much as someone is willing to pay now that they can’t borrow at low rates.

That’s where we find ourselves now.

The democratic agenda to force everything under government control has successfully driven us to the precipice once again, propagated by the millions of citizens (and non-citizens), who are all too willing to jump at a deal that is ‘too good to be true’ and will come back to bite them in the long run.

The fact is that as long as those in power act irresponsibly, the masses will always take advantage (even against their own long-term self-interest). And when it all finally comes crashing down, who will be at fault?

It isn’t just us conservative crazies anymore either- now the experts are sounding the alarm. Property manager and journalist Ben Jones spoke to PeakProsperity.com on his pessimistic view of the real estate market and the impending crash.

“We’re going to see a collapse. The housing bubble is in the process of popping right now. Everybody’s been behaving like speculators. Housing prices have been just like day trading stocks. What’s happening right now is a lot more suggestive of a bubble bursting much more than it does just a correction or a down cycle. I can’t think of a market in the United States I would buy in right now.”

The writing is on the wall.  It’s not just a conspiracy theory anymore.  A recession is coming and you need to be prepared, not just for tighter economic times, but the inevitable blame game and violence that will result.

For more insight into the problems in the real estate market, check out the full interview below: