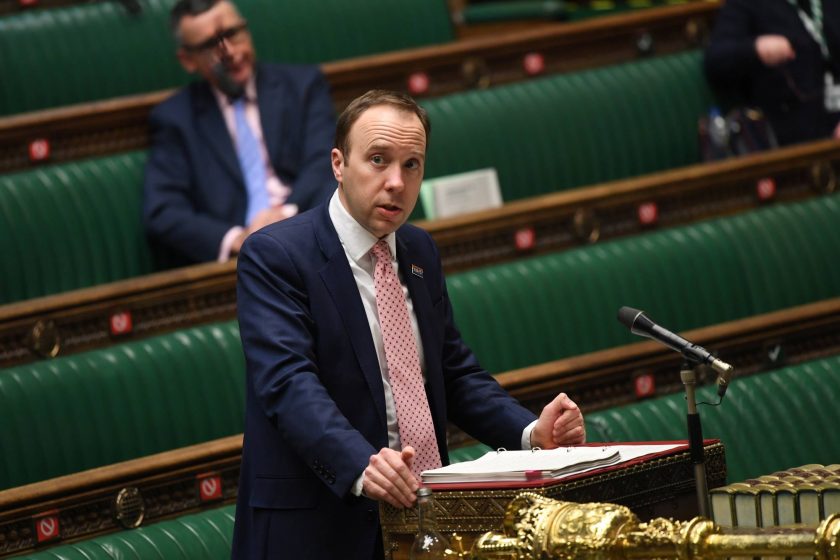 The other day in Parliament, throughout the conversation on the costs to push back the June 21st “re-opening”, Conservative MP Liam Fox stood and asked Health Secretary Matt Hancock:

… of those who are being hospitalised, the number of remain in the younger age group who were not yet eligible for the vaccine, and the number of were above that age? To put it simply, who had the ability to get the vaccine and picked not to?

The first part is just a ramble on official stats which are likely totally useless (although, his totally disregarded admission that one fifth of existing “Covid” hospitalisations were fully immunized before they entered healthcare facility is potentially interesting).

The second part is even more revealing– that’s where you spot the sharp end of a possibly very nasty agenda:

I believe that there is a material distinction between the state’s obligation to offer the vaccine to all adults … and the task that we have, when someone has actually not been provided the vaccine, is higher than the task we have when we have actually used a vaccine however somebody has selected not to take it up. And there is a product difference in between those two situations.

After an interjection from Andrea Leadsom, Hancock included:

… there is a challenge, must there be a frustrating demand on the NHS that would influence on others. And naturally with an infectious illness, there is an impact on others in terms of spreading out the disease so we do have to have an eye to that.

You can enjoy the complete exchange here:

Picking through the intentionally murky language of the bureaucrat, it’s not difficult to see precisely what is being recommended here.

They’re talking about the idea the NHS could prioritise look after individuals who have actually been “immunized” over those who refuse the “vaccine”.

The unvaxxed, in this circumstance, would be blamed for “putting the NHS under stress” or putting “health care heroes at risk”. They would be called reckless, and receive either postponed care, limited care, no care at all, or be anticipated to pay some kind of extra fee.

The concept of limiting health care for specific people based on way of life is not at all brand-new. In the past, smoking cigarettes, obesity and alcoholism have actually all been the subject of either research study or perhaps local schemes on elective surgery. But, ought to an unvaxxed restriction or limit ever be put in location, it would be the first absolute, across the country example. And would set a quite frightening precedent that might in the future apply to all sort of diet, lifestyle and even political choices.

Remember the (absolutely false) argument that beef is bad for the planet? Or that the NHS should stop serving meat in their healthcare facilities!.?. !? It’s not tough to see that develop into vegans getting preferential health care, or meat-eaters needing to pay premiums, is it?

Of course, all that is a long methods down the roadway (hopefully). In the meantime, it’s just an unclear allusion in one parliament session. But, even if the discussion never blooms into genuine legislation, it’s certainly yet another example of the state trying to bully and push vaccination.

And the fact no one in the house of commons appeared even a little shocked by the idea of a segregated NHS ought to be a cause for concern progressing.

Many thanks to Right Said Fred who brought this to our attention on Twitter, and to Richie Allen for the great catch.