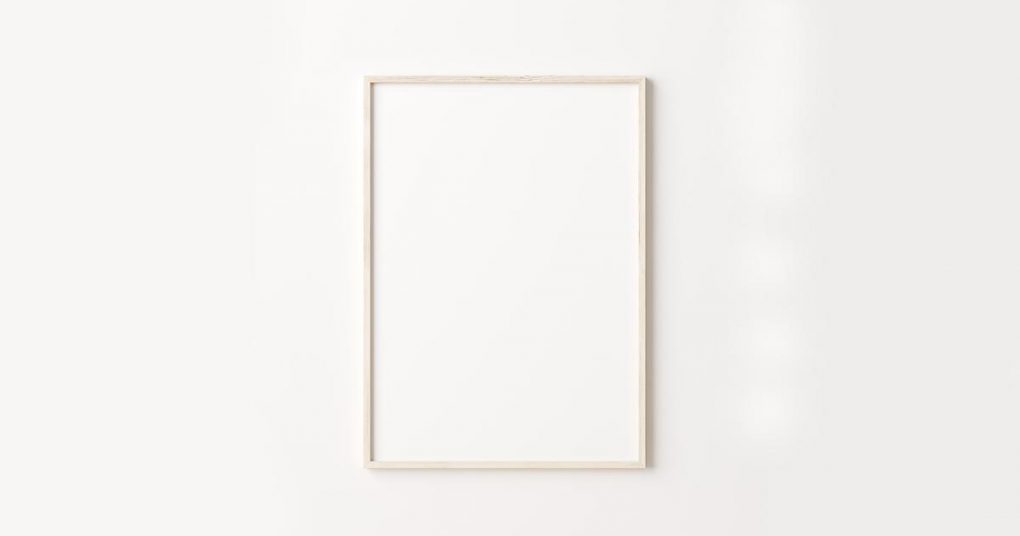 Nothing will come of nothing.
Shakespeare, King Lear

If, as we are often told, the aim of art is to shock the bourgeoisie, then the contemporary art scene has become positively electric of late. In the most recent aesthetic outrage, a Sardinian artist named Salvatore Garau managed to sell an invisible sculpture, known simply as “I am,” to an anonymous buyer, as reported by the Daily Mail on June 3, 2021.

You might think that this shy patron of the arts got shortchanged for his £13,000, but his purchase included “a certificate of authenticity to prove the art is real.” Thank heaven for small favors.

Garau seems to have made out like a bandit, but I’m wondering: In the end, who conned whom? The mysterious buyer seems to be left with just a piece of paper, a mere certificate that says the sculpture exists. But what does Garau have? Let’s say that the transaction is by now completed and Garau took payment by check in US dollars. Then he too is left holding nothing but a piece of paper, and also one with a tenuous connection to reality. He can cash that check, but that will still leave him holding mere pieces of paper. And that US currency is just another form of certificate (my older readers may remember the good old days of the “silver certificate” dollar bill). US paper currency proudly proclaims: “This note is legal tender for all debts, public and private.” But if that were not somehow in doubt, it wouldn’t need saying, or legal authority to enforce it. So in itself the dollar bill is yet another piece of paper, and someday soon it may not be worth the paper it’s printed on. In the end, Garau and his customer seem to be in the same boat; they have merely exchanged one piece of paper for another. And the underlying source of the transaction’s value remains invisible.

We would have to go back to the really good old days to find a more solid form of artistic transaction. When Botticelli, Leonardo, and Raphael took payment for their paintings, it was likely in the form of the florin (a Florentine coin containing roughly 3 ½ grams of gold). No “certificate of authenticity” was needed here; just the solid reputation of the Florentine mint. Once you bit into the coin to check that it was genuine, you could rest assured that you had actually gotten something for your painting—something you could sink your teeth into. But once paper currencies lost their convertibility into precious metals, a new level of uncertainty entered into artistic transactions, indeed into all economic transactions. Unwilling to be constrained by the gold standard, governments severed the connection between their currencies and anything real in the material world and we entered the universe of “free floating” currencies. In today’s world, awash with hemorrhaging government budgets, where trillion-dollar deficits have become the norm, it seems only appropriate that artists should be peddling invisible artworks, backed only by their own authority as artists. After all, what backs up the currency of modern nations other than the authority of the governments that issue them? We shouldn’t be surprised that artists are creating art out of nothing when, all around us, governments are creating money out of nothing—and in mindboggling quantities. It seems a fair enough exchange—paper money for paper art certificates.

Both art and money raise fascinating issues of representation. Traditionally and for centuries, art was thought to represent reality, to “hold the mirror up to nature,” as Shakespeare’s Hamlet puts it. And a dollar represented (and was convertible into) a certain amount of gold. Many have speculated about the relationship between these two forms of representation. In my essay “Hyperinflation and Hyperreality,” (see chapter 9 in Literature and the Economics of Liberty, pp. 433–68) I review some of these speculations and suggest that the decoupling of symbol from reality that characterizes the contemporary movement known as postmodernism is indeed related to the decoupling of money as a symbolic form from the reality of precious metals. Thanks to the widespread embrace of Keynesian economics, the twentieth century became the Age of Inflation, with all sorts of baleful effects in the world of the arts. As money supplies became increasingly inflated around the world—and hence the value of money attenuated—the sense of reality itself began to fray and dissolve in the arts. Art became surreal, art became unreal, art began to efface the distinction between the real and the unreal. In short, art became postmodern. In an age when people begin to question whether money itself is authentic anymore, they begin to doubt the authenticity of everything, including themselves. It’s the world of Samuel Beckett’s Waiting for Godot, where the figures on the stage become aware that they are only characters in a play, and frantically seek a certificate of their own authenticity. As Estragon tells Vladimir: “We always find something, eh Didi, to give us the impression we exist?”

In our postmodern world, we have witnessed the thoroughgoing financialization of our economy, and investors become ever more obsessed with the symbols of economic reality and less concerned with underlying economic facts. That is why we watch in amazement as markets continue to go up, even as economic news gets worse, because the financial establishment is less concerned with what is actually happening economically and more focused on how the Federal Reserve will react to it. That’s how bad news now routinely becomes good news; a rise in unemployment presages the Fed’s unwillingness to raise interest rates and that makes investors happy. For months on end, the Dow-Jones Average may seem wholly uncoupled from the underlying state of the US economy. Even though increasing the money supply is what constitutes inflation (lowering the value of money), so-called economic experts vehemently deny that any inflation is taking place in the United States. They point to a temporarily stable Consumer Price Index, while ignoring what is really happening—a classic case of asset inflation. Yes, consumer prices may not for the moment be going up—although they are showing signs of increasing at the moment—but consumer prices are not the only prices in the economy and arguably not the most important. The new money has to enter the economy at some point, and it does not always reach the pockets of consumers first. Because of the way the Fed operates—through the banking system—the new money often enters the economy as capital loans and affects the producer side of the economy before the consumer side. That is why we can see temporarily stable consumer prices, even while the stock market and real estate prices keep going up and setting new records.

There is thus a connection between invisible statues and the larger state of the world economy at the moment. The art market is in a boom phase, fueled by all the money that has been artificially created, supposedly to deal with the problems caused by the pandemic. The rich, who always get richer when governments start handing out money left and right, don’t know what to do with all their new money. They would like to invest it, but with the Fed keeping interest rates near zero, they search desperately for higher rates of return in available assets that will appreciate in value. Because of their uniqueness, works of art offer the hope of being bid up at auctions when investors eagerly seek places to park their cash. In an age of the endless production of money or money substitutes, investors search for anything that promises that it will not be reproduced, or at least not infinitely. That’s the secret behind the success of bitcoin and other cryptocurrencies, as well as the current vogue for NFTs (nonfungible tokens).

It’s in these circumstances that an invisible statue, provided it comes with a certificate of authenticity from the sculptor, starts to look attractive as an investment. You have to be impressed with markets: they can monetize even the invisible. I’m no financial advisor, but when I hear of invisible statues selling for £13,000 (“sight unseen,” of course), I would caution people that we may be approaching the peak of a financial boom in the art market, and it may be time to get out of Garaus and put your money into something more solid, like a Rembrandt. At least Rembrandts tend to increase in value when people see them; I’m not so sure about Garaus. After all, I’ve never seen one.

So in this area, I’m not an art expert, and I especially hesitate to comment on the artistic merit of a statue I HAVEN’T EVEN SEEN. So let me confine myself to a general observation. I’m seeing a lot of irrationality in economic policy around the world these days and I’m seeing a lot of irrationality in the art market, in terms of both what is selling and the inflated prices it’s selling for. I do not think that these two forms of irrationality are unrelated. In fact, inflationary economic policies are at the basis of the boom in the art market. And that makes me think that the absurdities of the current art market are merely symptoms of a deeper irrationality in our culture. I know a financial bubble when I see one and all bubbles eventually burst. For those of you familiar with Dutch economic history, I’ll just say: invisible statues are the tulips of today.

I’ve been desperately wanting to make some sort of invisible hand joke in this article, but it just won’t work. It’s not Adam Smith’s invisible hand at work in the economy that is producing these troubling results. In fact, it’s just the reverse. Left to itself—un-bailed-out and unstimulated—no market would ever generate this level of irrationality. We simply wouldn’t have all that cash to throw around recklessly. It’s only massive government intervention in the economy in the form of stimulus bills that is distorting market behavior and driving malinvestment. It’s not the invisible hand that sends people rushing to pour thousands of pounds or dollars into invisible statues. It’s only when governments mail out checks more or less randomly to people who have no reasonable way to invest the money that they start thinking of taking a flyer on invisible statues.

In the end, only governments could ruin the one fail-safe aspect of investing in art. I’ve always looked at an art investment as a surefire win. A work of art can go up or down in price, but no matter what happens, it will always look good on the mantlepiece in your living room. BUT NOT IF IT’S INVISIBLE. So take my advice: I have two rules for participating in the art market: 1) beware of inflationary bubbles, and 2) never buy art from a Sardinian. And if you won’t heed my advice, I’ve got an invisible bridge in Brooklyn I’d like to sell you. And, yes, it comes with a certificate of authenticity.

Would I lie to you?