Patriot Act Has Not Stopped Even One Major Terror Event 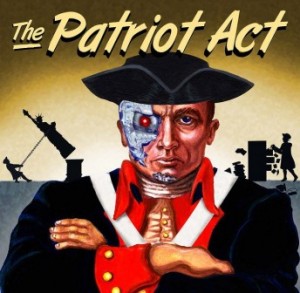 Act, the Justice Department’s inspector general said in a report Thursday that could complicate efforts to keep key parts of the law operating.

Inspector General Michael E. Horowitz said that between 2004 and 2009, the FBI tripled its use of bulk collection under Section 215 of the Patriot Act, which allows government agents to compel businesses to turn over records and documents, and increasingly scooped up records of Americans who had no ties to official terrorism investigations.

The FBI did finally come up with procedures to try to minimize the information it was gathering on nontargets, but it took far too long, Mr. Horowitz said in the 77-page report, which comes just as Congress is trying to decide whether to extend, rewrite or entirely nix Section 215.

Backers say the Patriot Act powers are critical and must be kept intact, particularly with the spread of the threat from terrorists. But opponents have doubted the efficacy of Section 215, particularly when it’s used to justify bulk data collection such as in the case of the National Security Agency’s phone metadata program, revealed in leaks from former government contractor Edward Snowden.

The new report adds ammunition to those opponents, with the inspector general concluding that no major cases have been broken by use of the Patriot Act’s records-snooping provisions.

“The agents we interviewed did not identify any major case developments that resulted from use of the records obtained in response to Section 215 orders,” the inspector general concluded — though he said agents did view the material they gathered as “valuable” in developing other leads or corroborating information. (continue reading)