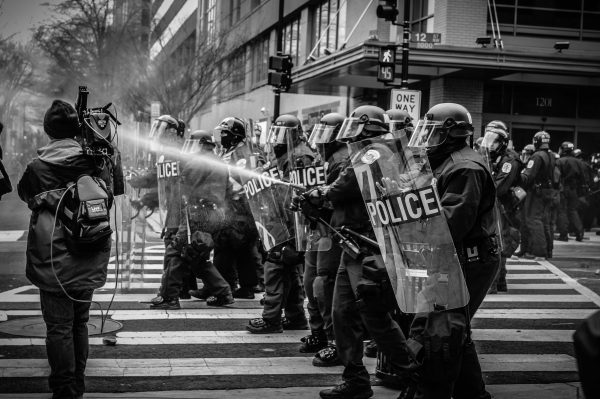 A couple of years ago, the United Nations Office on Drug and Crime published an article about how economic crisis can trigger a rise in crime. You can read the article here: http://www.unodc.org/unodc/en/frontpage/2012/February/economic-crises-can-trigger-rise-in-crime.html

While the facts stated in the above article are true, it’s not just economic crisis that causes crime to increase. Any crisis from racial riots to natural disasters can cause a spike in crime. There are generally two reasons for this.

Firstly, law enforcement has its hands full dealing with the crisis and has to mobilize its officers as first responders to possible casualties. so there’s less emphasis on patrolling. Criminals grab this opportunity to go on crime sprees.

Secondly, when a crisis strikes and people are desperate, they’ll resort to violence to meet their needs. Either way, as a prepper, you must be aware that the stakes have gone up.

In this article, we’ll look at 3 crimes that can occur when there’s a crisis. While these crimes obviously occur during peaceful times too, there’s a much higher rate of such incidents when law and order collapses.

Burglaries will rise because food supplies will be low and people are hoping to find food in the houses they break into. During a crisis, people will rob for more than just money. Depending on how bad the crisis is, they’ll be looking for food, water, and any other supplies they can salvage.

It’s important to boost your home security to prevent such incidents. Make sure your windows and doors are always locked; do not invite intruders into your home by providing easy access.

Windows are especially vulnerable because they typically only have one catch that can be easily broken just by using a crowbar as a lever. You need to make sure your windows are secured well.

Do not leave spare keys under floor mats or flower pots. Burglars know how to look in those places, too.

It’s more common than not for a simple house-robbery to escalate into more, especially if you or your loved one is in the house alone. Rape is a crime of opportunity, and it happens. Sexual assaults can occur outside the home just as easily. If your city is experiencing power outages, most areas will not be well-lit, making them more dangerous for anyone walking the streets alone.

An attacker would have little trouble gagging and incapacitating one lone, unprepared person. You must be alert, armed, and avoid any potentially dangerous areas. Most importantly, you must always be situationally aware.

Usually a thief will snatch your bag and run off. In some cases, the theft may occur while you’re in your car and waiting at a traffic light. The thief can quickly reach in, grab the bag, and take off.

For crimes like this, your best course of action is to either shout for help or let the thief go. Chasing a thief might cause him to stop, turn around, and physically assault you, and unless you’re a well-trained combatant, you don’t want to be in this position. As a general rule, it’s best not to keep all your valuables and money in one handbag or wallet.

These are just a few of the possible crimes that may affect you. Of course, there are others, like looting, vandalism, and other significantly more violent crimes, but for the most part, the ones mentioned here are the most likely to affect you directly.

Be prepared and take up self-defense classes. It’s best to own a firearm or some non-lethal weapons like chemical sprays and tasers to help you in the event you’re facing someone who wishes to rob or hurt you. As former President Ronald Reagan said, “Self-defense is not only our right. It is our duty.”