What We’ve Learned from the Greek Collapse 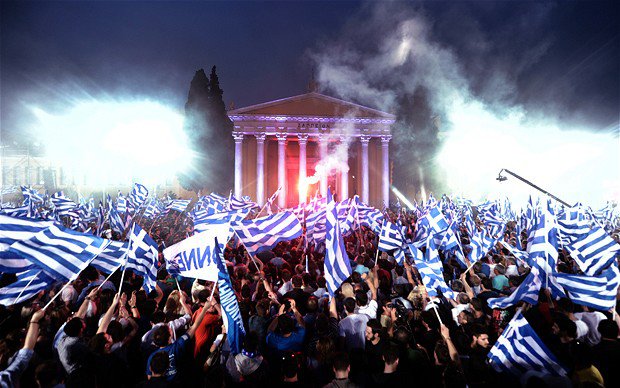 You are wondering, what Greece has to do with Preppers. It’s complicated to say the least, but Greece and its citizens are experiencing a crisis, a crisis in which not many of the citizens were prepared for. There is plenty of blame to go around however.

The Greek government, the citizens, and the European Union in general all played a role. The disaster did not strike out of the blue. It was like a steam roller that is 100 miles away creeping along inches per day, no hurry, nothing to instill panic yet, because the speed of the rolling crisis can be managed. No one pays it any mind because, “we have time to correct our course”.

Occam’s Razor while it can appear to be a complicated problem solving formula can be boiled down to one simple statement and that is “the simplest answer is usually the right answer”. Take away all of the assumptions, the theories, and all of the back and forth about what ifs and you end up with the most obvious, which turns out to be the right or simply the best answer.

The most obvious answer is the hardest, so this is why many problems within governments, communities and even within families do not get resolved. The right answer is too hard to contemplate. People dance around it, convinced there has to be another way. The answer is too simple, and yet much too hard to sell to the citizens, who by the way played a role in the crisis. Citizens simply cannot understand the complexities’ they need to be nurtured and guided.

The citizens played along because they were told they would get guaranteed work weeks, vacation days, sick days, and could retire with a full pension, and access to socialized medical care, and oh by the way, access to ATMs day and night, well that is until now. To earn a full pension in Greece a person only has to work 35 years while in comparison it is 45 years if a person lives and works in Germany.

You see everyone knew or should have known the policies were not sustainable, because no one asked the most obvious questions, who pays for all of this. However, when it’s your pension, and your life, your health care, you keep quiet, well that is until it goes away, but now you do not have a voice because you kept quiet and played along. (continue reading)

Preparing For Economic Disaster: Don’t Get Caught In Debt

Review of Off Grid Economic Collapse ‘What If’

The 20 Survival Items You’ll Need When The Economy Collapses

The Sterility of Intellectual Standardization