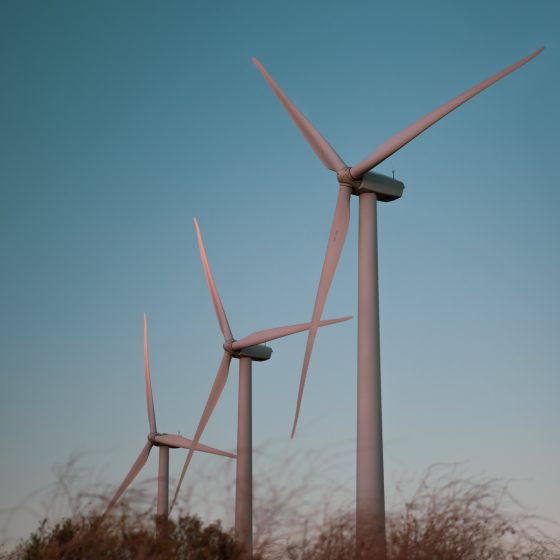 There’s an ongoing debate among scientists and environmentalists alike on which energy resource should be developed first given their advantages and drawbacks. Numerous studies have shown that overall, wind power is more cost effective than solar. Let’s see the reasons behind that conclusion.

Harnessing the sun’s energy can be done by a number of ways. But probably the simplest way (which can be applied in a small home) is by using photovoltaic cells (also known as PV or solar cells). The way this works is that sunlight hits the surface of a photovoltaic (PV) panel, which responds by creating free electrons, which are then channeled to generate an electric current.

Wind power, on the other hand, utilizes a propeller and shaft system which has a magnet wrapped by a coil of wire inside. As the wind turns the propeller and the magnet, the electrons in the wire are forced to move along the wire, producing an electrical current.

Both ways are pretty simple, but the complexities lie in the costs of producing the necessary equipment- particularly the tools that will maximize power output. When costs involved in producing wind and solar power are compared, the former is in fact cheaper to produce. At the same time, though, the manufacturers of PV cells stress that as the demand increases, the costs of production decrease. So it could just be a matter of time before the prices on the competing energies become significantly more competitive.

Straying a little from cost effectiveness; an additional challenge involves the logistics of placing the equipment, and this is a challenge that applies to both camps.

Wind power faces the same problem: every location in the world won’t have winds favorable for a turbine. And if you do locate a place where winds are strong and the turbine can be maximized, you’ll find that the area (more often than not) is inhabited by various species of birds. Bird interference with your turbine is a bigger problem that it sounds.

At the end of the day, both options are quickly turning into booming resources available to us in ways they never were before. As these developments continue to unfold in front of our eyes, there’s no telling who will come out on top.