7 Common Self-Defense Mistakes That Will Cost You Your Life 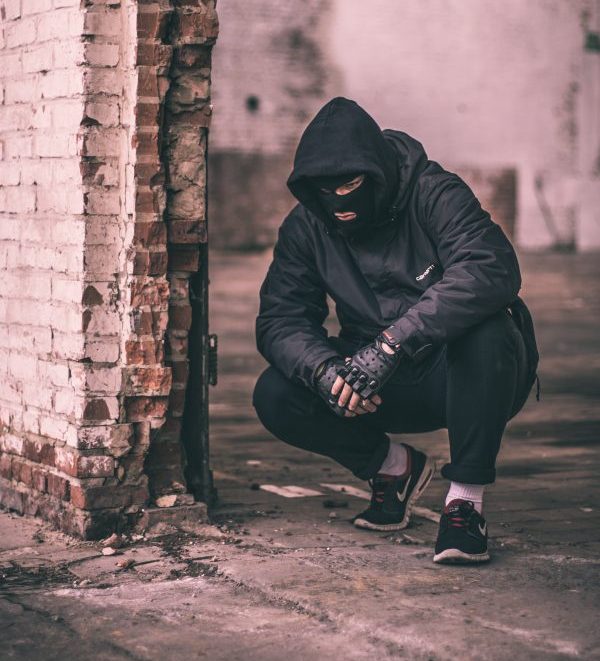 Here’s the hard truth: you could be attacked at any time. You’re actually almost safer in the wilderness than you are in an urban jungle; crimes occur on a daily basis during peace time.

Things only escalate and get worse during a crisis when law enforcement is busy helping first responders. If there’s one thing you can be sure of, it’s that the criminal elements in society will pounce upon any opportunity to take what they can if they can get away with it.

As a survivalist, you MUST be aware of this simple fact: crime rises when chaos strikes. The first step to successful self-defense is accepting this. A Pollyanna attitude that everyone is going to be helpful and nice will just make you a victim to those with less than honorable intentions. You must be on guard.

Below you’ll find 7 common mistakes people make that land them in hot water. Predators oftentimes select their target completely at random. It happens every day. Don’t let yourself or your loved ones be the victims. 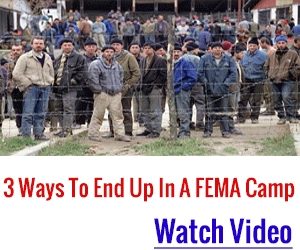 Not Being Situationally Aware

This is the biggest mistake of all. People who walk around completely oblivious to their surroundings and possible threats are the easiest victims. Criminals are looking for weak, easy prey.

A woman who scrolls through her Facebook feed as she walks to her car through a poorly lit parking lot is easy prey. She can be taken by surprise and dragged off into a more isolated location with little effort.

The same woman with her head up, situationally aware, and scanning her surroundings creates an entirely different situation. She may even have one hand in her pocket gripping a stun gun just in case things go sideways. One look at her, and many criminals will think twice because they can sense that it won’t be easy to take her down.

You MUST be situationally aware especially during a crisis. Be wary of strangers who try to establish trust. Be aware of locations that are unsafe. Avoid underpasses and poorly lit areas. Have your windows up when you’re stopping at a traffic light at night. All these little things matter.

Not Owning a Firearm

As a prepper, you need a firearm. Your queasiness about it and your feelings about guns should not deter you from owning one. If you want to protect yourself and your family, it’s best that you get gun trained and own at least one firearm.

Should two or more people break into your house, unless you’re a martial arts expert, you’re not going to be able to take them down on your own. One shot from your gun, however, is enough to put the fear of God in these criminals and send them running.

Always remember that criminals have no qualms about carrying guns or using them. You can either choose to debate the second amendment and be politically correct or you can survive. That’s all it really boils down to.

Sign up for martial arts like Krav Maga or Muay Thai. These styles of fighting are extremely effective in the real world because they employ the use of your elbows and knees. Krav Maga is especially brutal and effective.

Traditional arts like Aikido which focuses on wrist locks and throws are just not right for a violent encounter. You want techniques that are hard, fast, and deliver maximum damage.

Having weapons is good but you may be in a situation where you don’t have one. Being able to fight is a skill that may save your life.

Carrying a gun is a great idea but some people may prefer to keep the firearm at home due to legal implications. If you do that, you should have a taser, a tactical knife, even pepper spray handy, just in case.

This is especially true for women who will have a much harder time overtaking a male assailant. A stun gun will even the playing field if you use it right and take them by surprise. Make sure you have at least one non-lethal weapon with you to give you that edge.

This speaks for itself. Failing to prepare is preparing to fail. The best time to train is during peaceful times. Sign up for self-defense classes. Go to the range and practice your shooting. Get help from a professional instructor. Do what it takes to build your skills so that you’re a victor and not a victim during an attack.

Head In The Sand Mindset

This is a mindset that millions of people adopt. They believe that bad things only happen to other people. But guess what? The reason it happened to those other people is because they thought the same thing. Crime can happen to anyone at any time. Be alert.

Giving Up Too Easily

The determination to survive at all costs truly matters when you’re scared and helpless. The woman who puts up a fight will deter her attacker. The same applies for the man who is about to get mugged. Do not be easy prey, but at the same time, exercise common sense.

If they just want your belongings, toss them on the ground and run off while the criminal bends over to pick up what’s on the ground. If their attention is not on the belongings, they probably want to inflict harm on you. That is when the gloves come off and it’s time to hit hard and fast. NEVER allow yourself to be a victim.