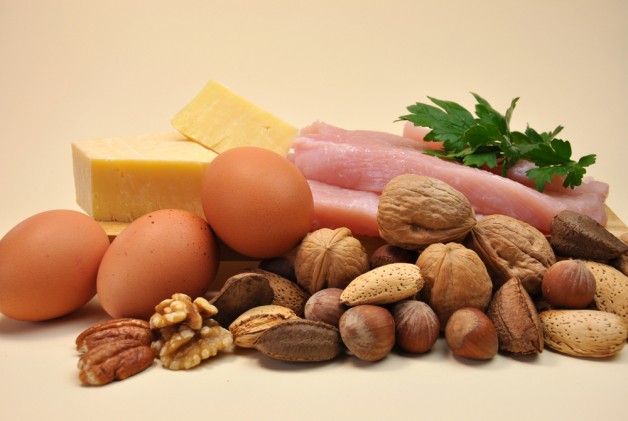 If you’re a diabetic, preparing for a disaster can be particularly challenging especially if you’re insulin-dependent. I’ve recommended increasing physical fitness in many of my other articles but I really want to stress it again, especially for Type 2 diabetics.

In the last decade, the number of Americans with Type 2 diabetes has increased by a whopping 50%, and many of those cases are attributed to diet and lack of exercise. If you have Type 2 diabetes, excess weight only spreads insulin across a larger area, which in turn makes it harder to keep up.

That being said, if disaster strikes and you ARE diabetic, stockpiling foods can be a challenge especially if you’re insulin-dependent.

If you continue to overtax your system, your body may stop making insulin altogether. In that case, you will be stuck along with the Type 1 diabetics who are completely insulin dependent. If your body doesn’t produce any insulin at all, it’s imperative that you stockpile your insulin in order to survive, but you already know that.

Knowing the rules of the glycemic index will help you reduce insulin need and also make sure your blood sugars stay in a normal range. This will help you fight infections and ensure you will heal faster if you are injured. Basically, foods high in fiber and protein slow down digestion. Since carbohydrates can only be absorbed in certain parts of the digestive system, they will pass through instead of getting into the body.

“Protein pairing” (aka eating some protein first before carbohydrates or choosing protein/carb mixed foods) is one of the best ways to prevent blood sugar spikes and other problems. Foods high in sugar are either converted to fat and stored away or turned almost instantly to glucose and released rapidly into your blood stream. Always be wary of high fructose corn syrup and other processed sugars because they break down into 2 – 3x the number of glucose molecules that would be found in other foods.

How fast your body breaks down the food and releases the sugar that it contains is what you need to control, so you obviously want to shoot for high-fiber, high protein, low sugar foods. The goal for you is going to be finding the correct balance that ensures enough carbohydrate intake to sustain metabolic processes without causing blood sugar spikes or excess fat burning (which can lead to permanent kidney damage).

Typically, when certain cells in the body detect sugar in the blood, it signals the body to release insulin, which is sort of a key that unlocks your cells to allow the glucose in to be used as energy. As a Type 2 diabetic, your body is either resistant to the insulin that your body produces, or your body produces insufficient amounts.

Either way, foods that release sugar rapidly can be deadly to you because that sugar builds up in your blood. When that sugar level gets too high, your body will shut down insulin production (as strange as that sounds) and try to excrete the glucose in the urine. As your blood chemistry spirals further out of control, acidiosis and coma may occur.

So yeah. You need to watch what you eat. Let’s get to that. (continue reading)

Top 20 Essential Pieces of Camping Gear to Have