How to Die In the Wild In Three Easy Steps 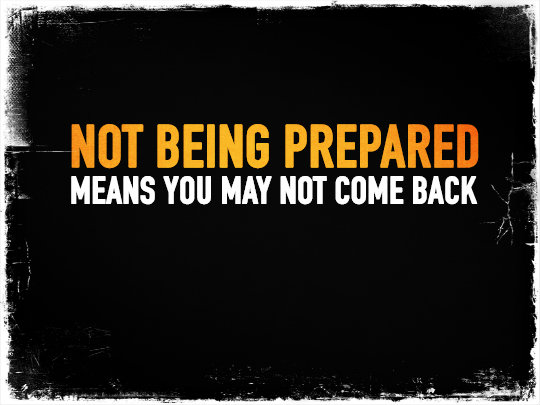 David 42, and his wife, Ornella 51, died during a hike in the hellish heat at White Sands National Monument in New Mexico. As they hiked in the heat, their water supply quickly dwindled. They knew they were in trouble, because they gave their son two sips of water for each one they took, likely saving his life according to the authorities.

The family carried two, 20-ounce water bottles as they set out at 1pm on the hike along the national monument’s Alkali Flat trail. This is less than one gallon of water rationed between two adults and one child.

There is absolutely no vegetation or shade of any kind and the temperature that day reaced101° F. The National Park Service warns summertime visitors to hike only in the cool hours and to carry at least a gallon of water per person. Warnings signs are posted in conspicuous places in various languages, including French (FoxNews.com, 2015).

This is a tragedy, another day hike that quickly turned into a nightmare.

Would You and Could You

It is one thing to find yourself in a survival situation not necessarily of your own making. You could be a passenger on a small aircraft that goes down in an unforgiving area, or your vehicle breaks down while crossing arid land, anything could happen to anyone at any time. It is another thing however, to set out unprepared, where your own decisions up to a point have put you and others in desperate straits. You had better (continue reading)