How to Rebuild a Free Society After the SHTF 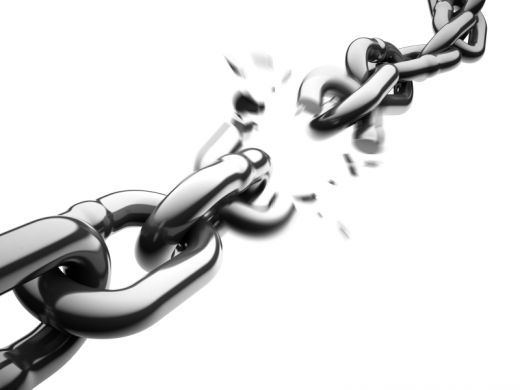 The topic of our symposium this morning is “What Must Be Done,” which originally was the title of a talk given by Dr. Hans-Hermann Hoppe at a Mises Institute conference in 1997. Hoppe posed his title as a declarative, but it’s also the question we all wrestle with as libertarians in a world so dominated by the state and its apologists.

And it’s a question we hear time and time again at the Mises Institute: What can we do to fight back against government? We all understand the problem, but what is the solution? What can we do in the current environment to help build a more sane and libertarian world? And how can we find some measure of freedom in our lives today, to live more freely in our lifetimes?

When libertarians talk about what must be done, the discussion tends to revolve around four common strategy options. None of them are mutually exclusive necessarily and there can be plenty of overlap between them.

The first, we’ll call the political option, or to borrow a tired phrase, “working within the system.”

The argument goes something like this: government, and the political process that surrounds it, are inevitable in the real world. Therefore libertarians must not stand idly on the sidelines while politicians inexorably steal our freedoms. Instead we must organize and become active politically, under the banner of a third party vehicle like the Libertarian Party or by working within the Republican Party, because whether we want to involve ourselves with politics, politics involves itself with us.

Political action can be viewed as a form of self-defense. This approach usually has a national focus — such as running a presidential candidate — though it contemplates political action at the state and local level as well. It appeals to libertarians in a hurry, so to speak. Ultimately, at least in theory, the political option attempts to mimic and reverse the incrementalism that has been so successful for the political Left over the past century.

Let me say that the political option, at least in terms of national politics, strikes me as the least attractive alternative among those available to us today.

The amount of time, energy, and human capital that have been invested trying to win political and legislative battles is staggering, but what do we have to show for it? The twentieth century represents the total triumph of Left progressivism in the political sphere: central banking, income taxes, the New Deal, and Great Society entitlement schemes were all enormous political victories that changed the landscape forever. Everything has become politicized: from what bathroom transgender people should use to whether online fantasy football should be allowed. Progressives frame every question as “What should government do?”

So we need to understand the political option within the context of the progressive triumph.

A second approach libertarians often consider might be loosely termed strategic withdrawal. You may have heard of the “Benedict option” being discussed by Catholics unhappy with the direction of the Church and the broader culture. Ayn Rand fans talk about “going Galt,” in reference to the strike by the productive class that takes place in Atlas Shrugged.

This approach involves separating, withdrawing, or segregating in some way from the larger society and political landscape. It asserts that the current environment is largely hopeless for libertarians politically and culturally, and therefore attempting to play the game where the rules are so heavily slanted in favor of the state is foolish.

It’s better to retreat, at least for now, and build a life outside the state’s parameters to the extent possible. In this sense the withdrawal option is tactically appealing: like certain martial arts, it attempts to deflect and redirect a greater force, rather than face it head on.

A strategic withdrawal can take many forms across a range of alternatives, from absolute separation to quite subtle lifestyle changes. In some cases this strategy can mean actually physically uprooting where one lives and works. We have examples like the Free State Project in New Hampshire or Liberland in Europe, along with various seasteading proposals and attempts to create libertarian homesteads in Central and South America.

But withdrawal can take other forms. Some libertarians choose to live off the grid, both literally and metaphorically. The prepper movement represents a form of strategic self-sufficiency, as does simply choosing to move to a rural or remote area.

Withdrawing from the American way of endless consumption and debt — “living small” — offers another form of strategic retreat, and often allows libertarians not only to lead happier lives, but also minimize or avoid the state’s regulatory and tax clutches.

Of course, homeschooling represents one of the greatest examples of libertarian strategic withdrawal in the modern age, enabling millions of kids and parents to escape the state education complex. And withdrawal can be as simple as abandoning state media or unplugging from the digital white noise that surrounds us.

Finally, expatriation — voting with one’s feet — is a time-honored historical strategy for removing oneself from a tyrannical state. This happens domestically in the US, with people fleeing high tax states, as well as across borders. I’m sure many people in this room have at least considered leaving the US, and increasing numbers of Americans are not only doing just that, but renouncing their citizenship as well. Who could judge a young person today who looks around and decides to leave the US for greener, or freer, pastures? (continue reading)

The Odds Are Never In Your Favor