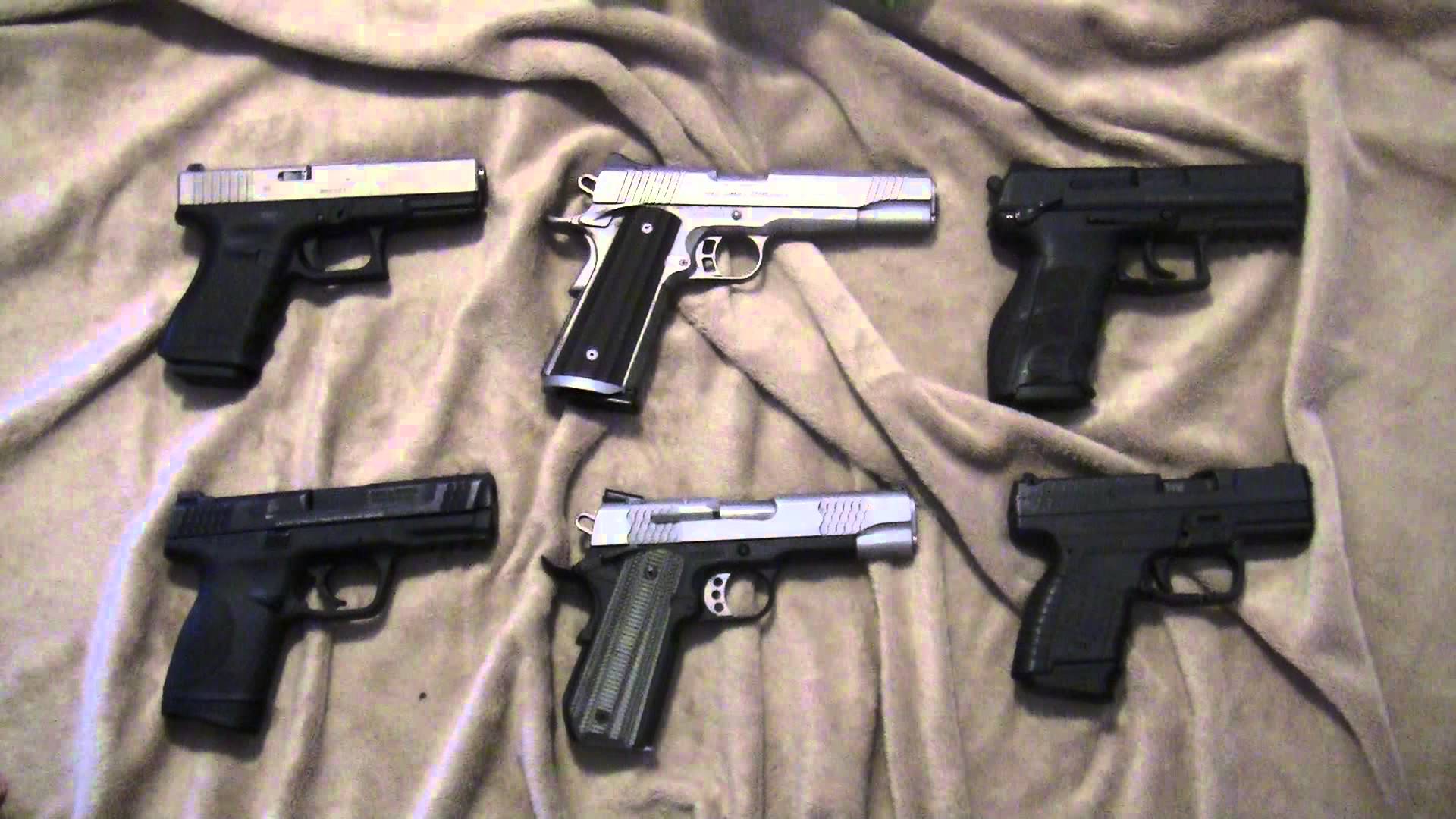 In our first of three parts of this blog entry we discussed revolvers for self-defense; now it’s semi-automatics.

Today’s most popular handgun is the semi-auto (sometimes referred as but technically incorrectly as an automatic). The popularity of the semi-auto began to eclipse the revolver for self-defense in the late 1970s when more models became available and police departments began to adopt them for more fire volume and capacity over revolvers (shots).

Semi-autos hold more ammunition than most revolvers and can generally be reloaded faster which is the major reason for the popularity of the gun. As with revolvers there are some choices or options for the consumer to consider.

First are single action semi-autos. By far the best known and most popular of these is the John Browning designed Colt Model of 1911. The 1911is generally chambered in a fat fight stopping .45 ACP (Automatic Colt Pistol) caliber; other calibers are available such as 9mm, .38 Super, 40S&W and others less popular.

Nowadays there are dozens of brands of this firearm such as the original maker Colt (of course), Springfield Armory, etc. And there are many hundreds of variants as to size, weight, finish and options offered by other companies and custom makers and they function and operate identical to the original 1911.

The single-action semi-automatic handgun (pistol) fires only when the hammer is cocked back, like the single action revolver. These types of guns, especially the 1911, are not a good choice for beginners or the careless for this reason. While they are inherently accurate and effective in the hands of the well-practiced, they are also a dangerous gun in the hands of those not experienced, here is why.
M1911A1 by Springfield Armory, Inc. shown with a round in the chamber, hammer back and safety on (called condition one). from this the user only need flip the safety down and pull the trigger. (Photo credit: Wikipedia)
Like the single action revolver, when the hammer is cocked back, the gun is just a light touch of the trigger from firing! The 1911 has a mechanical safety switch that can be used to lock it IF the firearm is carried (holstered) or handled with the hammer back–chamber loaded or not.

The most effective way to carry this firearm if you are serious about defending your life and are competent with it is called condition one (see above image). Condition one has a live round in the chamber, a fully loaded (charged) magazine, the hammer back and the mechanical safety on safe. To discharge simply, flip off the safety, aim and fire.

The 1911 also has a grip safety located at the upper rear of the grip. This must be depressed by the shooter’s hand in order to fire. This design prevents it from firing (in most cases) if it is loaded, cocked, off safety (as in a fight) and is dropped. This is an excellent safety feature and was designed for use in battlefield combat–the original reason for the 1911’s creation to begin with.

If you were dumb enough to holster the gun with a round in the chamber, hammer back and the mechanical safety switched off –an incredibly dangerous rookie error, the grip safety might be the only thing between you and amputation of your leg.

Now for double action only semi-auto pistols. These semis operate much like double action revolvers. You must fully pull the trigger to discharge the gun. Some in this family of semis may have a quicker trigger pull, but you must fully pull the trigger to fire the gun.
In order to fire you must have a round chambered (no duh) and then each full pull of the trigger will fire the gun. These are probably the safest of all the semi-auto pistols and are excellent especially for new shooters to prevent or reduce accidental discharges. Experienced shooters can also easily function this firearm and send a volume of rounds accurately and quickly.

By saying “safe” we do not mean these guns put the defender at a disadvantage, they don’t. Just as with the double action revolver, when the adrenaline hits your trigger finger the trigger pull is not really felt. Unlike the hammer exposed double action revolver and double action only revolver, they cannot be fired in single action style by manually cocking the hammer back for a shot. In fact many don’t have a hammer or have one you could safely use. These are an excellent choice for most shooters-especially new shooters or those who don’t practice much.

However, at the target range due to no adrenaline added in, the stiffer trigger pull will affect many folk’s scores negatively.

Last are the (continue reading)