Medicinal Herbs (for Lady Preppers Only) 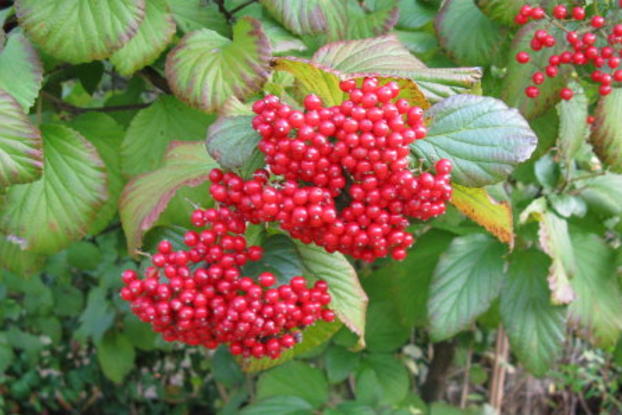 Viburnums grow in the woodlands and are distinguishable both by their long history of medical uses and by their large, shrubby appearance. Below we’ll be discussing two of the most common types and their medical benefits (specifically for the ladies).

Viburnum Opulus
Also known as ‘Cramp Bark’, this variation of the plant reduces inflammation and aids in muscle relaxation, making it useful in relieving cramps and muscle spasms.

Cramp bark relaxes discomfort in both the voluntary and involuntary muscles. Therefore, its effects can be felt in situations such as spasms of the digestive or urinary systems or overworked and strained muscles alike.

By promoting muscle relaxation, this herb is particularly helpful in relieving menstrual cramps (thus, the name). It has also reportedly been used to help regulate cycles, decrease excessive flow (by its astringent properties), and even to aid in preventing miscarriages.

Studies have shown that the plant is a strong source of antioxidants and antibacterial actions that could help in treating and even preventing infections. It has been claimed to that it can reduce blood pressure, perhaps due its soothing and relieving benefits. The astringent actions reduce swelling, tone tissue, and staunch bleeding, and it’s even being studied as a potential agent in treating colon cancer.

The most commonly used part of the plant is the bark, as the name suggests, and it is best harvested during the spring and fall. Some people choose to ingest the leaves and berries as well, but it is not recommended as the berries may be poisonous.

Viburnum Prunifolium
‘Black Haw’ provides many of the same benefits as its cousin, including relaxation and relief of menstrual symptoms, cycle regulation, and miscarriage prevention. It is also said to be beneficial to menopausal or perimenopausal women.

Midwives have recommended black haw as a treatment for pregnant women. It fights sciatica and leg pain, both of which can appear during the later stages of pregnancy, and pain caused by postnatal uterine cramping.

The herb contains powerful anti-spasmodic properties; it depletes tension, causing passages and airways to open up. It is also calming, which, in addition to the above mentioned characteristics, make it a perfect treatment for asthma and for persistent coughing. The result is easier, less labored breathing.

Black haw contains a compound similar to aspirin, making it helpful for pain and fevers without the risk of bleeding. It can also relieve hypertension by relaxing peripheral blood vessels.

Uses of black haw dates back a long way, with the Native Americans using poultices of the leaves for skin disorders, while the Shakers used it as a diuretic. Like its cousin, only the bark is recommended to be ingested for medical use as the berries may cause nausea.