The Email That Predicted $1 Trillion In Losses 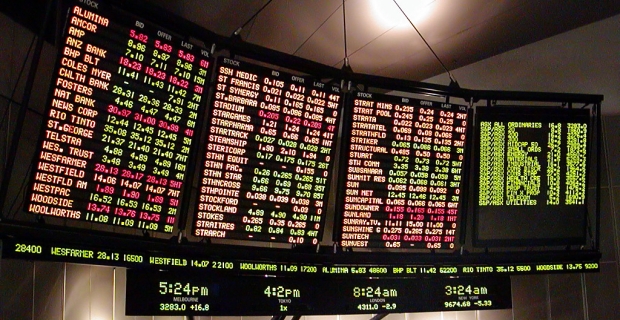 Here is the email that I sent out to a few close friends on Wednesday, urging them to get out of the market.  Those who did saved a fortune.  Those who didn’t have now lost 10%, and that’s just the beginning.

If you are reading this, you are either a previous client of mine or a close friend who I believe may be invested in equities or the US dollar.
For two decades I actively managed or advised others on their investment accounts.  During that time we more than doubled the S&P returns net of all transaction costs and my advisory fees, which in some cases were 2&20.
You almost certainly know that I am no longer in the investment advisory or money management business, but I still follow the markets closely.  Recent developments in the market point to a strong likelihood of a market correction.  There are more than 87 indicators that indicate a correction of 30-60%  is possible.
Significant indicators include
There are only three times the US equity market has been higher in relative terms; 1929, 2000 and 2007.
There is nothing I can do to help you but send this email.  I will benefit only by sleeping better knowing that I said something.
There are some ways to protect yourself without much cost or risk.  These include:
1.  Selling securities that are at or near their 52 week (or all time) highs and reinvesting these funds into gold (as a hedge)
2.  Buying puts on the indexes and writing calls above the current market.  This protects you from the downside, and the cost of the puts is offset by the income you receive from writing the calls.
3.  Reallocating your portfolio into stocks that are themselves likely to benefit from a ‘flight to safety’ in a market correction
4.  Exercise extreme caution when engaging in longer-term capital projects, especially if they are dependent on ongoing financing or profitability based on current pricing models.  If your project will not work if prices fall by 30%, back out now.  The problem today is several magnitudes greater than 2008 due to the credit expansion since then and the recovery time will be proportionately longer.
When the market does experience this correction-and it is a matter of when, not if, since we are in one of the longest and largest bull markets of all time-be ready to jump back in when everyone else is jumping out of windows.  Historical P/E ratios will be a guide as to when the market is “oversold”.  Don’t buy back in until current P/E ratios suggest a return to reality.
Keep in mind that half of all baby boomers have no retirement savings at all.  How will they respond to a market correction of this nature?  How will those who did have  savings react when they’ve lost 30-60% of it right as they begin retirement?
I’m sure you have a shrewd advisor.  Perhaps he has already told you all these things.  Maybe he wanted to but was afraid.  Few brokers have incentives to prep you for a correction.  I have nothing to gain either way, but I have always believed in plans that work well when things go badly.
Best wishes,
Michael
P.S.  You don’t have to believe me.  Far smarter and more credible men are saying the same thing.  Check out Reagan’s Director of the OMB, David Stockman here.