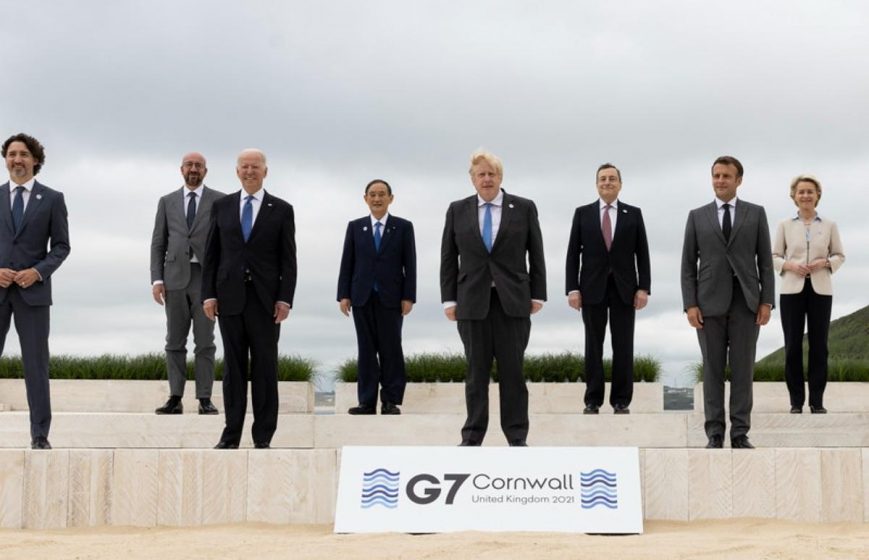 Austrian school economic experts have long showed that monopolies just tend to form as a result of federal government intervention, and “natural monopolies” have practically never in fact existed. However, we are continuously informed by political and scholastic “professionals” that unregulated economies undoubtedly give rise to monopolies, organization trusts, and cartels, all of which they guarantee us have disastrous effects for common people. Therefore, we are informed, federal governments are justified in taking powerful action to avoid monopolies from developing or to break them apart.

In this debate, the interventionists frame themselves as opposing the anticompetitive forces of large corporations having too much control over the lives of ordinary people. It is notable, then, that these very same interventionists support comparable kinds of anticompetitive practices, and the increased control over people’s lives they entail, when they are employed by federal governments rather.

To that end, the leaders of the G-7 countries have actually recently collected to propose an international minimum business tax that would enable national governments to put in a type of monopoly power of their own over the taxation of organization within their borders. A significant component of the proposal, if brought to fruition, is the requirement that every country impose a minimum business tax rate of a minimum of 15 percent. The clear purpose of this part of the proposition is to eliminate the so-called race to the bottom in corporate taxes, which is a euphemism for high-tax countries’ hopes of protecting themselves from competition from nations with low tax rates looking for to attract organizations far from them.

For this proposal to have its intended impact, numerous countries beyond the G-7 would require to voluntarily raise their corporate tax rates. Ireland, for instance, sets business taxes at 12.5 percent, and a substantial part of its tax base is located there particularly since it is a relative tax haven. Other parts of the proposition therefore appear to be planned to induce low-tax nations like Ireland, who are not most likely keen on raising their tax rates and losing the main attraction they have for international companies headquartering there, to participate. For instance, the proposition would likewise reroute the payment of corporate taxes to make sure that the world’s biggest business pay some taxes to the nations where they do business, instead of where they are physically situated. These provisions appear designed to compensate low-tax countries for the loss in tax base they will definitely suffer if they adopt the G-7 proposal.

Simply put, rich countries know they can only tax businesses so much before those services discover it successful to transfer to completing jurisdictions with lower tax rates, and the G-7 leaders are now freely seeking to conspire with other nations to put a stop to that competition. There is little significant difference in between this and the alleged anticompetitive practices of personal organizations– complete with “kickbacks” promised to cooperating individuals– that the exact same governments continuously vilify.

Regardless of this evident embrace of monopolistic practices, the federal government still looks for to purge what it sees as personal monopolies at every turn. In the current salvo, the United States Legislature Judiciary Committee just recently passed a series of antitrust expenseswhich carry out several recommendations put forward by the Judiciary antitrust subcommittee in a report entitled Examination of Competition in Digital Markets, launched in October 2020 after a year-long investigation. Unsurprisingly, the subcommittee advised more federal government intervention in the business practices of digital platforms, consisting of the enactment of procedures prohibiting “particular dominant platforms” from operating in nearby line of work and restricting future mergers and acquisitions by those platforms unless they can prove to regulators that the merger or acquisition would not be anticompetitive.

We might not be considerate to Huge Tech companies in their clashes with the state; it is now well recorded that those firms got their supremacy mainly through collusion with the state in the first place. However, the subcommittee’s report on this subject offers direct insight into what governments discover so objectionable about these kinds of practices when they are utilized by organizations like Google, Apple, Amazon, and Facebook.

For example, the subcommittee found that the “supremacy of some online platforms has actually added to the decrease of credible sources of news,” mentioning news publishers’ issues about the “significant and growing asymmetry of power” in between dominant platforms and themselves. They also report issues over the dominance of large digital platforms deteriorating innovation and entrepreneurship, citing the presence of an innovation “eliminate zone” since some venture capitalists say they hesitate to invest in start-ups that would take on the dominant platforms. The subcommittee likewise found that the capability of dominant platforms to intrude upon or break the personal privacy of their clients is an “indication of market power online.”

While there is much to slam about how the subcommittee characterizes each of these issues, it reveals what the state claims is so troubling about monopolistic practices, at least as relates to digital platforms: according to them, large companies restrict people’s access to details, restrain innovation, and threaten personal privacy.

But if the US government really thinks that the near supremacy of these tech companies is a risk to its citizens, how can it also think that its own overall supremacy within its own jurisdiction does not go far enough!.

?.!? The distinction between the anticompetitive G-7 proposal and the alleged anticompetitive habits of the big digital platforms is only surface-deep. In both cases, the ultimate objective is to create conditions in which the “suppliers” are able to specific a higher “rate” for their “services and products” than would be possible in a free market. The G-7 proposition would prohibit any nation from charging a lower “rate” (i.e., tax rate) for its “items” (i.e., approval to do company in its jurisdiction).

Nearly all the monopolies that are assaulted by popular opinion and versus which governments pretend to fight are government made. They are nationwide monopolies developed under the shelter of import tasks. They would collapse with a regime of free trade.

The typical treatment of the monopoly concern is completely mendacious and unethical. No milder expression can be utilized to define it. It is the goal of the federal government to raise the domestic cost of the products concerned above the world market level, in order to secure in the brief run the operation of its prolabor policies. The extremely established manufactures of Great Britain, the United States, and Germany would not need any protection versus foreign competition were it not for the policies of their own governments in raising expenses of domestic production. (p. 71)

The same forces that prevent natural monopolies from forming in the business world also apply to government efforts to exercise unlimited taxing power in the international arena. Federal governments of rich countries wish to raise the cost of their commodity– the tax rate they can charge for the “privilege” of operating within their borders– above the “world market level,” however it is clear that high taxes tend to cause the rich and companies to prevent those taxes by fleeing to lower-tax jurisdictions. In the same method that protected industries sought the shelter of government-imposed import tariffs, rich countries are attempting to seek the shelter of global arrangements to do practically the same thing.

The interventionists would most likely react that they ought to workout this monopoly power exactly since they, and they alone, can prevent the ills of commercial monopolies. But all the issues expressed in the subcommittee’s report about personal companies are just as relevant, if not more so, to the actions of governments.

That the state is the opponent of development requires little elaboration to any regular mises.org reader. The very corporate tax they look for to globalize represents a barrier to innovators who do not have the resources to organize their business holdings in the tax-advantaged ways that companies like Amazon infamously have done.

Relating to the suppression of ideas and speech, what can a service, even a digital media giant, do that federal governments can not do? Examples of state suppression of speech are simple to come by, but for today functions, it deserves asking whether subjecting these platforms to more prideful state controls might cause them to end up being more certified with government demands to reduce opinions it thinks about antiscience, antidemocratic, or threatening to its purposes.

And we should ask the very same concern regarding privacy. In 2019, Facebook reported that it had actually gotten 50,741 demands for user data from the United States government alone, 88 percent of which Facebook says it abided by. It appears extremely positive to anticipate personal privacy protections to grow stronger when companies like these discover themselves significantly based on state control.

The G-7 proposition is noteworthy for the truth that the leaders of the world’s most powerful nations, while implicating industrial services of abusing monopolistic power, are now seeking to broaden their own use of monopolistic power versus those same services globally. More concerning, however, is the prospect of this trend broadening beyond business taxation and directly into the lives of individuals. If world governments can effectively monopolize corporate taxation, what other specific liberties might they want to work out comparable control over?