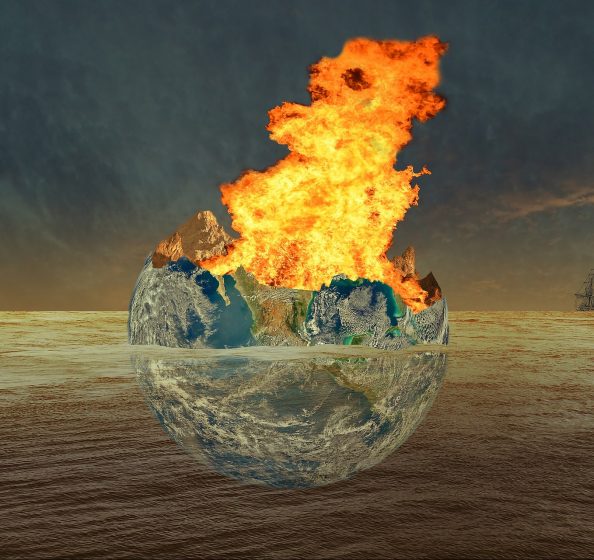 Over time, it seems a large percentage of people have come to believe that the coming collapse will present itself in the form of average Americans going to bed in their suburban neighborhoods and waking up to a Western version of Venezuela.

As societies crumble all around the world, the media shows us starving children huddled on street corners and people standing in line for toilet paper and acts as if those children and those people weren’t there yesterday. And most people believe them.

What people fail to understand is that countries like Venezuela have been slipping- unnoticed by the rest of the world- for years, but we’re led to believe that it happened essentially overnight because the camera crew doesn’t arrive until doomsday.

Because we’re frogs in a pot, and the water is heating slowly. Whenever disaster is forthcoming (the economic crisis of 2008, either one of the ebola outbreaks) the media ignores it for as long as possible to prevent a panic.

Those of us naive enough to believe that the government will always take care of us fail to see the red flags everywhere because they genuinely believe that if we needed to be warned, ‘they’ would warn us. In Venezuela’s case, their rich oil reserves made them one of the wealthiest countries in the world in the mid-1980’s. Eventually prices collapsed and the country began to follow suit, though it took a couple of decades for the true severity of the situation to become apparent. We experienced our own crash eleven years ago and fortunately managed to bounce back to being as prosperous if not more so than we were before.

You would think that a booming, thriving country would take a little longer to hit rock bottom again, and yet we face signs of impending disaster everywhere we turn.  Every time you step foot in a mall, another retail store running a clear out sale before they close down for good. (When was the last time anyone even went to a mall?) Consumer and student debt is growing rapidly, more and more people are finding they can afford either rent or food, and despite their best efforts, countless breadwinners are unable to procure a full time job and/or benefits.

All of these problems will compound until they make way for even bigger issues. What if basic necessities become luxuries? What if suddenly only the wealthy can afford running water or heating? What if you not only can’t pay for food, but there’s none to be bought?

For the most part, these are all things people could prepare for if the powers that be gave out warnings when they’re needed. But they won’t.

The system is designed to accomplish two objectives:

Say your best friend gets laid off. To you, he caught a tough break; to him, he’s a failure for not preparing for the chance this might happen. Neither of you realizes that really, the whole system is disintegrating around you.

Recent studies conducted by the Federal Reserve found that 78% of Americans are living from one paycheck to the next, meaning just one missed paycheck would result in disaster. 40% couldn’t shoulder an unexpected $400 expense without selling off something they own. Does this sound like the American dream we’re still being told citizens of our country living?

Of course most of us could cut back pretty easily, but in truth, the real problem we’re dealing with is completely out of our hands. None of us are going to prevent this, but we can prepare ourselves and our loved ones for the hard times that are coming. Here are some things you should consider doing:

No matter what triggers the collapse- debt, socialism, war- odds are that it’s been a long time coming, and it’s up to you to see the warning signs. The people around you won’t be worried; they’ll be comfortable with their credit cards and their nice cars and they’ll call you crazy. But don’t be fooled- the clock is ticking, and we’re almost out of time.