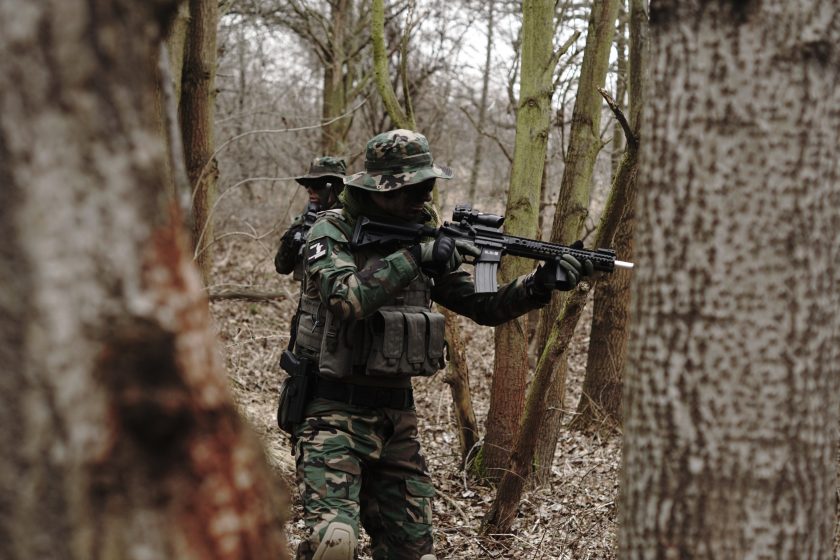 As world leaders beat their chests, make shows of power, and fight for supremacy, conscientious citizens will acknowledge that the odds of a third world war breaking out are high. What many people aren’t aware of is that there’s a even more frightening possibility right around the corner: civil war.

Some countries, like Africa, have become so numb to conflict that they no longer wonder if another war will break out, but when. War has displaced more than twenty five million Africans, most of whom live in evacuation camps, with nary a decent roof to shelter even the children.

Like any other war, civil war is deadly and terrifying (particularly to those unable to fend for themselves), and brings with it horrifying human rights abuses committed by both civilians and military.

Every family should create an emergency plan, no matter what situation should arise. No one should rely on their governments unless they want to risk separation, suffering, and death within government-designated evacuation camps.

Families should consider taking survival courses which will include skills such as basic self defense tactics and how to handle a gun. Gun firing lessons can be a family affair, but it’s extremely important that children and adults alike are instructed on the proper rules and dangers both in wartime and peacetime.

An emergency first aid kit is a must-have, and it should contain all the basic medicine for day-to-day injuries and illnesses.  However, if someone within the family suffers from a more serious or chronic condition like diabetes or asthma, the proper medications for those illnesses must be included as well.

If you live in an area that’s prone to unrest or natural disasters,  each family member should have their own emergency kit or ‘go-bag’. This should include a pair of sturdy shoes, a map, an all-purpose knife or a Swiss Army Knife, water, canned goods, and basic toiletries, (soap, toilet paper, etc.)

Pack all the true essentials, but travel as light as possible. It’s entirely possible that your entire family could be displaced and be forced to survive for weeks or even months on the road fleeing violence.

Preparing for the eventuality of a civil war is not the same as a self-fulfilling prophecy. It’s about preparing for the worst and increasing the odds that you and your loved ones will survive.  It is always better to be prepared for any emergency that doesn’t happen than to be blindsided when disaster strikes. If you wait for things to start falling apart, you may already be too late.

18 Survival Breads to Make in an Emergency

A True Story of Survival

The Brand of Terrorism No One Is Looking For