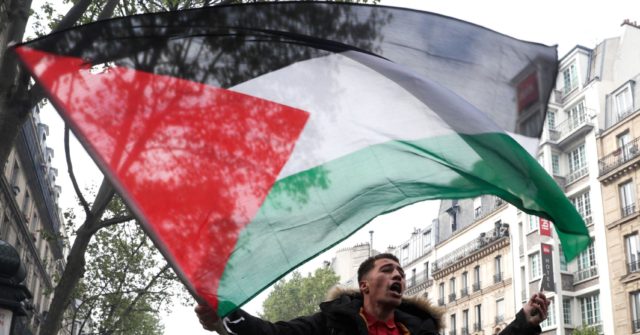 Authorities in the French city of Lille have actually launched an investigation into a banner displaying a swastika that appeared at a pro-Palestine rally over the weekend.

Around 1,500 to 2,000 individuals took part in a pro-Palestine rally in Lille after a call to protest was provided by the France-Palestine Solidarité organisation.

An examination was introduced after a banner was spotted at the occasion with the caption “Israel = Terrorist State” and revealed a photo of an Israeli flag with the Star of David cut out along with the swastika used by Adolf Hitler’s National Socialist Celebration (NDSAP), La Voix du Nord reports.

The prefect of the area of Hauts-de-France and the North later took to social networks to reveal that an investigation would be performed to identify if the banner violated the French criminal code.

La Voix du Nord have hypothesized whether the organisers of the demonstration, France-Palestine Solidarité, had seen the banner, and whether or not they had actually stepped in to stop them displaying the banner. The association is planning another pro-Palestine protest next Saturday.

The event is simply the latest allusion to the National Socialist routine by pro-Palestinian activists and advocates.

On Monday, a “independent contributor at CNN” from Pakistan called Adeel Raja was dropped by the broadcaster after appearing to applaud Adolf Hitler and making other presumably antisemitic social networks posts describing the continuous conflict in Israel.

While Raja got rid of the Sunday tweet, it was found that he had made several posts praising Adolf Hitler considering that at least 2014, several months after his first posts written for CNN.

Four Detained After ‘F *** the Jews’, ‘Rape Their Daughters’ Cars And Truck Demonstration in London https://t.co/JlasT5osoW

In the UK over the weekend, a video spread throughout social media showing a convoy of cars waving Palestinian flags screaming antisemitic abuse, consisting of call to rape the children of “the Jews”. 4 guys were later on detained by police in connection with the occurrence.

Germany, on the other hand, saw numerous cases of Israeli flags being burned. At least one synagogue was attacked in the city of Bonn, while a memorial to a synagogue damaged by the National Socialist program in 1938 was set on fire in Dusseldorf.