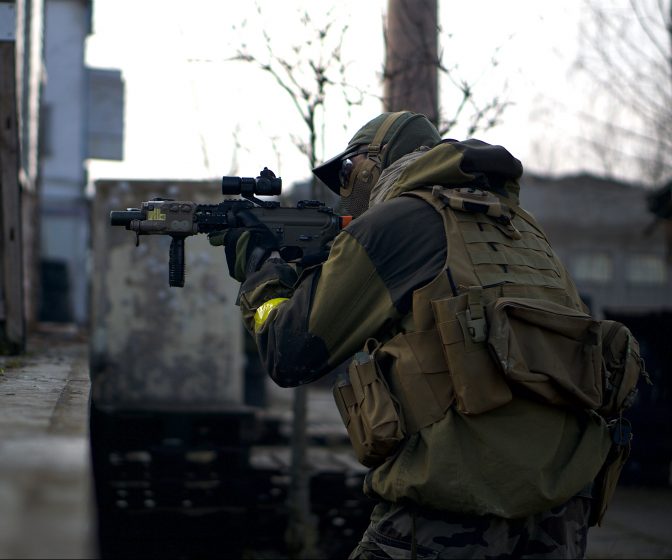 When we talk about armed shooters, the first thing that many people think about are school shootings. This topic has proven divisive, with many people demanding gun control and others saying that gun control doesn’t solve the problem. But this article isn’t a contribution to the debate. This article has been written to provide you with tips on how to increase your chances of survival if you should ever find yourself in this terrible situation.

Random shooting incidents don’t just happen in schools. They can happen at a workplace, in a restaurant, or anywhere for that matter. Terrorists could be homegrown or foreign, but the situation is always the same. Regardless of the factors, the goal is always the same: to destroy as much human life as possible.

This is one of the most terrifying things that could happen to a person, and there’s very little room for error. Hopefully you’ll never find yourself in need of this knowledge, but you need to know; your life (or the lives of others) could one day depend on it.

In any violent emergency situation, always try to escape first. Never try to lock yourself in a room or some broom closet and hope that the shooter will not find you. Even if the door is locked, he can still spray bullets into the door and kill you.

Always look for an emergency exit strategy; however, don’t throw yourself through a glass window in an attempt to escape. Unlike in the movies, this will usually result in serious cuts and gashes. Instead, use a chair to smash the glass first and then jump out.

Where Is the Firing Coming From?

Shootings escalate very fast. The shooter will keep proceeding forward usually until the authorities arrive to stop him. Your goal is to make a dash in a 90-degree angle away from the line of fire. Just make sure there’s an exit and you don’t corner yourself.

As mentioned, the most important thing is to run away. Do not try to be heroic and take the shooter down if you’re far away or, even worse, untrained or unequipped to do so. You’ll most likely be shot down before you reach him.

If there’s nowhere to run, find an unusual or out of the way place to hide. Shooters need well-lit areas in order to actually hit their targets, so if you can, hide in the dark.

If you’re being fired at as you try to flee, run in a zigzag manner. This makes your movements unpredictable and make it significantly harder for him to hit you. Most of the time a shooter won’t chase those running away; it isn’t worth the trouble for them. They’re lunatics, not trained soldiers. So, running off usually is your best course of action.

If you have no choice and nowhere to go, lie on your belly and play dead. If there’s blood around you, roll in it and get some on yourself. It doesn’t sound pretty, but it could save your life. Breathe shallowly and try to let your body go limp. If the shooter prods you with his feet to check whether you’re dead, your body will feel lifeless. This is really the last resort.

Once you get in this position, never look up to check where the shooter has gone. The shooter could still be in the room, hiding from the police or, in your case, waiting for survivors to give themselves away. No matter what, remain in your ‘play dead’ position until law enforcement arrives and takes down the shooter.