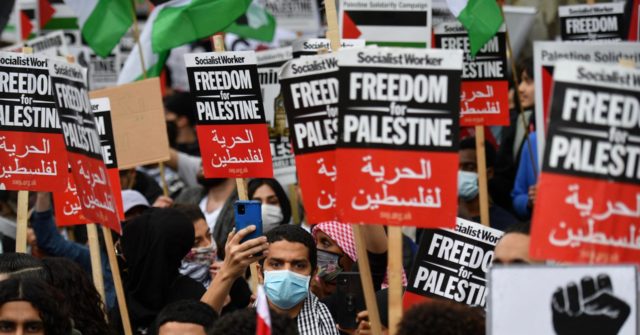 The Metropolitan Police in London has actually come under criticism after footage emerged online which appears to show a female officer shouting a pro-Palestinian chant during an anti-Israel protest.

In the clip, the officer is seen hugging a female protester prior to yelling “totally free, totally free Palestine”.

Extended video of the event shared on YouTube showed the officer saying that she would be signing up with the demonstration if she “wasn’t in this uniform”.

The officer went on to say that she is from Iran, triggering a protester to reply: “You’re from Iran? You should be joining us, what are you doing, you’re one of our individuals, come on!”

Responding to the footage, the Met said in a statement: “While officers are motivated to positively engage with those participating in presentations, they understand they are not to actively participate or adopt political positions.

“This is crucial to guaranteeing the public believe in our officers.”

The police went on to say that the Directorate of Specialist Standards has been notified about the video and will introduce an examination into the “complete situations of this incident and to determine what further action is appropriate.”

Over the past year, the Metropolitan Authorities have actually been criticised for their evident double standards in policing protests of differing ideologies.

While the Met has actually been seen taking a hands-off technique to far-left demonstrations such as Black Lives Matter, the police force has actually taken a much powerful line in policing apparently conservative anti-lockdown demonstrations.

If this truly is a Met officer, it is entirely damning for the credibility of the cops as a politically neutral guardian of the peace. We have seen over this in 2015 polices have been emboldened in taking partisan stances. A completely unsustainable position. pic.twitter.com/6F2RkyiivD

The Palestine demonstration footage appears to have actually been recorded throughout a protest on Saturday staged by Islamic and left-wing activist groups in Central London against Israel, for its vindictive strikes versus terrorists in Gaza.

The demonstration was participated in by radical socialist Jeremy Corbyn, the previous leader of the Labour Party, as well as by former Shadow Home Secretary Diane Abbott.

The 2 far-left MPs called for the British government to acknowledge Palestine as a state and Mr Corbyn required that the United Kingdom and United States cease military co-operation with Israel.

Countless pro-Palestine activists gathered outside the Israeli embassy on Kensington High Street, yelling mottos such as “totally free, totally free Palestine”, “Israel is a terror state”, and “no justice, no peace”.

The demonstration on Saturday ultimately came down into a violent run-in when officers finally tried to disperse the crowds for violating coronavirus limitations– some 8 hours after the demonstration started.

Activists were filmed by Breitbart London hurling glass bottles and other makeshift missiles at the police. 9 police officers were hurt during the riot and thirteen activists were jailed.

The “Free Palestine” protest against Israel in London came down into violence on Saturday, with activists attacking policeman with wooden sticks. https://t.co/DctS2BVGv6