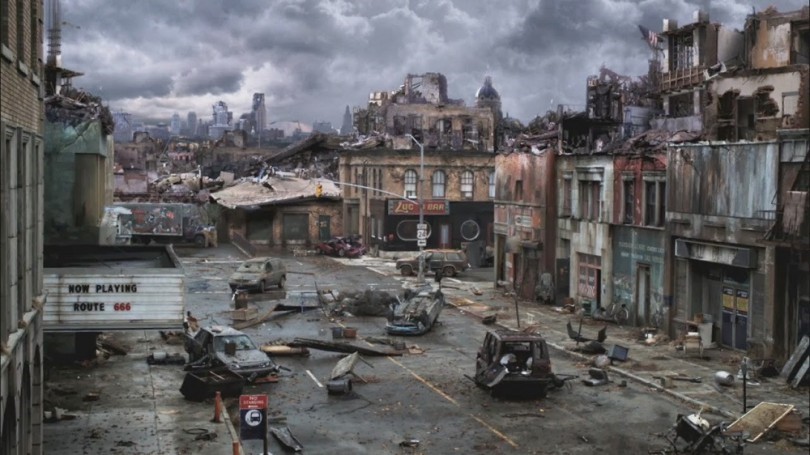 Setting a trap or snare is a good way to catch game if you have no weapons. A trap is also valuable in situations where you do have a gun or air rifle, but the sound of shooting off a weapon must be avoided. This section will focus on undomesticated wild life such as rats, mice, squirrels, chipmunks, raccoons, skunks and etc. Domesticated animals can of course be trapped but most cats and dogs will be stuck indoors. Cats can often be found outdoors and so trapping can also apply to them.

Hunting Animals in the City

Traps offer an advantage over hunting with a weapon in several respects:

Setting several traps will greatly increase your chances of catching something.
You’ll save ammo.
You can allocate time to other projects and needs.
You can set it and forget it.

The essentials you need in order to trap successfully are:

You need to know the habits and behaviors of the specific animal you’re planning to catch.
No “one-size-fits-all” trap exists that can be used interchangeably for any and all animals, so you have to know what trap is suitable for a specific animal.

You’re going to be placing your traps in areas frequented by animals so begin the process of trapping by scouting your city or neighborhood for such areas. Most animals in the city will either reside near the large parks and forested areas or in the case of rats and mice, almost everywhere.

Once you’ve determined that a certain spot has animal traffic passing through it, you then have to figure out exactly how it’s used by the animals. If it’s fairly easy to identify as a kind of pathway, it’s defined as a “trail”. On the other hand, if it’s smaller, not well-worn, and there’s evidence of only one kind of animal using it, it’s called a “run.” Having a proper placement of your traps and snares is key factor in how successful you’ll be. If you build a perfectly constructed trap but don’t take care to find the right spot, you will have very dismal results. The best places are the areas where animals shelter, their feeding sites and waterholes, and their trails and runs.

One great concern is how to hide the trap. For example, if you have to dig to situate the trap, the freshly-dug dirt might be a giveaway since most animals are suspicious of any kind of disturbance. So if setting your particular trap involves digging, you must haul the fresh dirt away. Another important tip: Get all the pieces of your traps ready in a different location, putting the parts in a bundle in the order in which you’re going to assemble them. Then, when you’ve brought them to the site, you can achieve greater efficiency and be less likely to trample the area and disturb the surrounding area. Animal are smarter then most people think. Moreover, you have to guard against leaving any human scent on the trap or in the surrounding area, since even the tiniest whiff of human scent can drive off your prey. Most people know that dogs rely more on smell than sight, but not everybody realizes that the same is true for most mammals.

It is nearly impossible to completely remove human scent, but many methods of masking have proven effective, including rubbing on some of the fluid from body parts of previous kills, especially gall bladder and urine bladder. Mud, especially with rotting vegetation in it is also an effective method of masking your scent. Rub your hands and the trap itself prior to setting it up. An alternative to these methods, if none of them is available, is to let the trap parts stand for a few days to weather them; don’t touch any of them at all during this process.

When putting your trap in place, of course you will want to camouflage it in such a way that it is not easily detectable. If you’re putting a trap or snare right on a trail or run, you should build a “channel”. This is a barrier in the shape of a funnel that extends from the trail outer edges to the trap. The channel narrows close to the trap. When an animal approaches the trap, it can’t turn left or right, and most animals will not back up, apparently instinctively preferring to continue on in the same direction as before. So it steps ahead, and into the trap. The barrier you’re building doesn’t need to make it impossible for the animal to pass by; it just needs to be difficult for the animal to go over or around it. What you should aim for is a channel that narrows the trail to a point where the trail is just a little wider than the intended prey’s body and this same reduced width should extend as far back from the trap as the length of the animals body.

Adding bait to a trap will naturally significantly increase its effectiveness.

How To Cook The Best Catch Of Your Life

A Beginner’s Guide To Fishing

Understanding the Difference Between Disaster Preparedness and Wilderness Survival