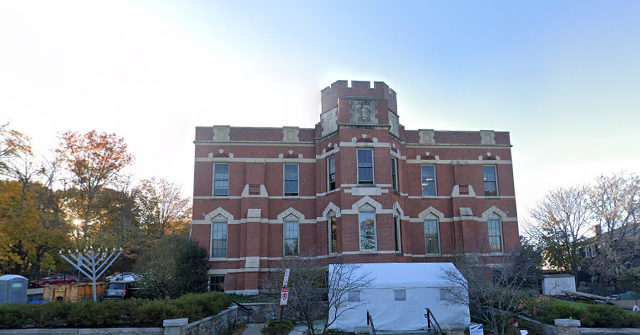 An Orthodox rabbi was stabbed several times in broad daytime beyond a Boston-area synagogue on Thursday, according to reports.

Shlomo Noginski was consistently stabbed today beyond the Shaloh House Jewish Day School in Brighton, Mass. Noginski acts as a rabbi and instructor at Shaloh House, a Chabad institution serving the Boston-area’s Russian Jewish neighborhood, and their summer day camp was in session. […] Noginski was resting on the front actions of the Shaloh House on his mobile phone. The suspect approached him, drew a weapon and asked Noginski to take him to his vehicle. When the suspect attempted to force Noginski into the cars and truck, the rabbi attempted running across the street to a small park called Brighton Common, where the suspect stabbed Noginski numerous times in the arm. As the rabbi attempted to fend off the opponent he raised a commotion, lastly triggering the suspect to get away.

Noginski is currently receiving medical treatment at Boston Medical Center and is in stable condition.

The presumed aggressor was equipped with a weapon and a knife. He was immediately nabbed by police.

WBZ reporter Paula Ebben shared a photo of the scene to social media:

#BreakingNews #Sources: Rabbi stabbed outdoors Hasidic Center in #Brighton. Believe in custody- had a knife and a weapon #WBZ— via @CherylFiandaca @wbz

Source: Rabbi is stabbed by suspect who is under arrest in Brighton tonight … source says rabbi is “doing great”. stabbing caught on camera # 7news pic.twitter.com/1q4SOl1tI2

“We are all extremely shaken by what took place and request you to please keep Rabbi Noginski in your prayers,” Shaloh Home director Rabbi Don Rodkin stated in a declaration. “We are heartened by the outpouring of concern and empathy we have actually gotten in just the last hours since the incident.”

Police have actually released an investigation into the assailant’s intention.