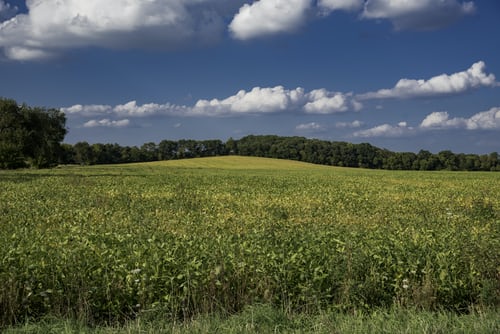 When growing vegetables in the garden, most people tend to grow the same crops year after year.
This is not surprising really, as we grow the crops that we prefer to eat and we also tend to grow the plants that we have the most success growing.

One thing that most gardeners seem to do is grow the same vegetables in the very same place in the garden each year.

The problem with planting the same crops in the same place each year is the effect it has on the nutrients in the soil.

Plants will extract the nutrients that they need from the soil for their specific requirements each season.
By planting the same crops in the same places you can get nutrient deficiencies.

This is where crop rotation can enhance the value of your soil.
By rotating where you plant your vegetables each season, you will be allowing the soil to produce better results as there won’t be the same demands on the nutrients in the soil when there is a different plant growing there from last season.

To further improve the soil quality, you should dig in the remains of the crops once the season has finished allowing some of those nutrients to be put back into the soil.
In the off-season, you can also grow cover crops in the garden.
These are crops that are grown specifically to add nitrogen to the soil.
These crops have high nitrogen value in their roots and when they are ready, you dig them into the soil.

In doing this you can expect a better harvest each year as the new planting of vegetables will have more nutrients to feed them.