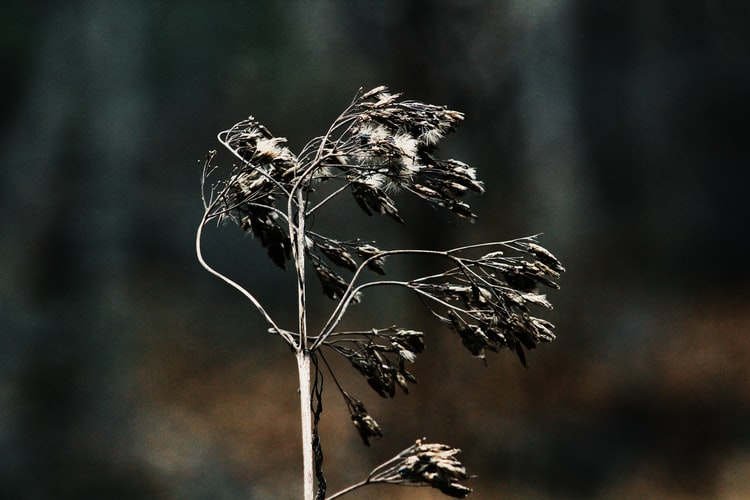 If we could garden without any interference from pests, then gardening would be a simple matter. But we must watch out for these little foes at all times. They may be little in size, but they are tremendous in the havoc they make.

As human illness may often be prevented by healthful conditions, so pests may be kept away by strict garden cleanliness. Heaps of waste are lodging places for the breeding of insects. I do not think a compost pile will do them harm, but unkempt, uncared-for spots seem to invite trouble.

There are certain ways of keeping pests down. The constant stirring up of the soil by earthworms is an aid in keeping the soil open to air and water. Many of our common birds feed upon insects. The sparrows, robins, chickadees, meadowlarks and orioles are all examples of birds who help in this way. Some insects feed on other and harmful insects. Some kinds of ladybugs do this good deed. The ichneumon-fly helps too. And toads are wonders in the number of insects they can consume at one meal. The toad deserves very kind treatment from all of us.

Each gardener should try to make her or his garden into a place attractive to birds and toads. A good birdhouse, grain sprinkled about in early spring, a water-place, are invitations for birds to stay awhile in your garden. If you wish toads, fix things up for them too. During a hot summer day, a toad likes to rest in the shade. By night he is ready to go forth to eat but not to kill since toads prefer live food. How can one “fix-up” for toads? Well, one thing to do is to prepare a retreat, quiet, dark and damp. A few stones of some size underneath the shade of a shrub with perhaps a carpeting of damp leaves would appear very fine to a toad.

There are two general classes of insects known by the way they do their work. One kind gnaws at the plant really taking pieces of it into its system. This kind of insect has a mouth fitted to do this work. Grasshoppers and caterpillars are of this sort. The other kind sucks the juices from a plant. This, in some ways, is the worst sort. Plant lice belong here, as do mosquitoes, which prey on us. All the scale insects fasten themselves on plants and suck out the life of the plants.

In the other case, the only thing is to attack the insect direct. So certain insecticides, as they are called, are sprayed on the plant to fall upon the insect. They do a deadly work of attacking, in one way or another, the body of the insect.

Sometimes we are much troubled with underground insects at work. You have seen a garden covered with anthills. Here is a remedy, but one of which you must be careful.

This question is constantly being asked, ‘How can I tell what insect is doing the destructive work?’ Well, you can tell partly by the work done, and partly by seeing the insect itself. This latter thing is not always so easy to accomplish. I had cutworms one season and never saw one. I saw only the work done. If stalks of tender plants are cut clean off be pretty sure the cutworm is abroad. What does he look like? Well, that is a hard question because his family is a large one. Should you see sometime a greyish striped caterpillar, you may know it is a cutworm. But because of its habit of resting in the ground during the day and working by night, it is difficult to catch sight of one. The cutworm is around early in the season ready to cut the flower stalks of the hyacinths. When the peas come on a bit later, he is ready for them. A very good way to block him off is to put paper collars, or tin ones, about the plants. These collars should be about an inch away from the plant.

Of course, plant lice are more common. Those we see are often green in colour. But they may be red, yellow or brown. Lice are easy enough to find since they are always clinging to their host. As sucking insects, they have to cling close to a plant for food, and one is pretty sure to find them. But the biting insects do their work, and then go hide. That makes them much more difficult to deal with.

Rose slugs do great damage to the rose bushes. They eat out the body of the leaves so that just the veining is left. They are soft-bodied, green above and yellow below.

A beetle, the striped beetle, attacks young melons and squash leaves. It eats the leaf by riddling out holes in it. This beetle, as its name implies, is striped. The back is black with yellow stripes running lengthwise.

Then there are the slugs, which are garden pests. The slug will devour almost any garden plant, whether it be a flower or a vegetable. They lay lots of eggs in old rubbish heaps. Do you see the good of cleaning up rubbish? The slugs do more harm in the garden than almost any other single insect pest. You can discover them in the following way. There is a trick for bringing them to the surface of the ground in the day time. You see they rest during the day below ground. So just water the soil in which the slugs are supposed to be. How are you to know where they are? They are quite likely to hide near the plants they are feeding on. So water the ground with some nice clean lime water. This will disturb them, and up they’ll poke to see what the matter is.

Beside these most common of pests, pests which attack many kinds of plants, there are special pests for special plants. Discouraging, is it not? Beans have pests of their own; so have potatoes and cabbages. In fact, the vegetable garden has many inhabitants. In the flower garden lice are very bothersome, the cutworm and the slug have a good time there, too, and ants often get very numerous as the season advances. But for real discouraging insect troubles, the vegetable garden takes the prize. If we were going into fruit to any extent, perhaps the vegetable garden would have to resign in favour of the fruit garden.

A common pest in the vegetable garden is the tomato worm. This is a large yellowish or greenish striped worm. Its work is to eat into the young fruit.

A great, light green caterpillar is found on celery. This caterpillar may be told by the black bands, one on each ring or segment of its body.

The squash bug may be told by its brown body, which is long and slender, and by the disagreeable odour from it when killed. The potato bug is another fellow to look out for. It is a beetle with yellow and black stripes down its crusty back. The little green cabbage worm is a perfect nuisance. It is a small caterpillar and smaller than the tomato worm. These are perhaps the most common of garden pests by name.