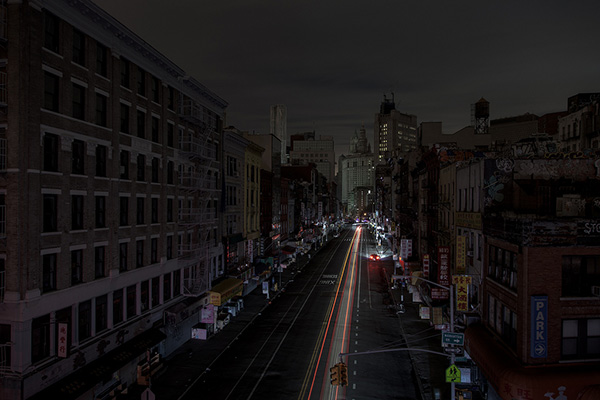 Delta Airlines recently experienced what it called a power outage in its home base of Atlanta, Georgia, causing all the company’s computers to go offline—all of them. This seemingly minor hiccup managed to singlehandedly ground all Delta planes for six hours, stranding passengers for even longer, as Delta scrambled to reshuffle passengers after the Monday debacle.

Where Delta blamed its catastrophic systems-wide computer failure vaguely on a loss of power, Georgia Power, their power provider, placed the ball squarely in Delta’s court, saying that “other Georgia Power customers were not affected”, and that they had staff on site to assist Delta.

Whether it was a true power outage, or an outage unique to Delta is fairly insignificant. The incident was a single company without power for six measly hours, yet it wreaked much havoc. Which brings to mind (or at least it should) what happens when the lights really go out—everywhere? And just how dependent is the U.S. on single-source power?

When you hear about the possible insufficiency, unreliability, or lack of resiliency of the U.S. power grid, your mind might naturally move toward the extreme, perhaps National Geographic’s Doomsday Preppers. Talks about what a U.S. power grid failure could really mean are also often likened to survivalist blogs that speak of building faraday cages and hoarding food, or possibly some riveting blockbuster movie about a well-intentioned government-sponsored genetically altered mosquito that leads to some zombie apocalypse.

But in the event of a power grid failure—and we have more than our fair share here in the U.S.—your survivalist savvy may be all for naught.

This horror story doesn’t need zombies or genetically altered mosquitos in order to be scary. Using data from the United States Department of Energy, the International Business Times reported in 2014 that the United States suffers more blackouts than any other developed country in the world.

Unfortunately, not much has been done since then to alleviate the system’s critical vulnerabilities.

In theory, we all understand the wisdom about not putting all our eggs in one basket, as the old-adage goes. Yet the U.S. has done just that with our U.S. power grid. Sadly, this infrastructure is failing, and compared to many other countries, the U.S. is sauntering slowly behind many other more conscientious countries, seemingly unconcerned with its poor showing.

The Grid, by Geography and Geopolitics

According to the United States Department of Energy, the American power grid is (continue reading)