Practical Self Defense Tactics for the Home 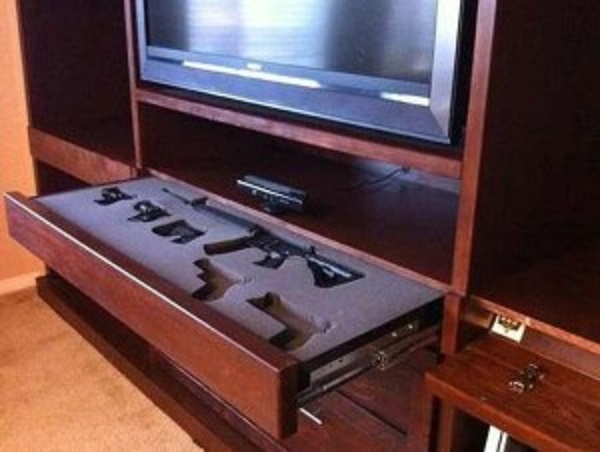 Decisions, decisions, decisions… it seems like when it comes to defending your family there is a lot of them. Caliber, type, make, model, ammunition, stopping power,capacity, training, and the omnipresent legal repercussions—self-defense is a hailstorm of life or death choices and another one of these (and one that is often neglected) is over-penetration.

Situation and terrain determine tactics and nowhere is this more evident than when firing a gun inside a closed environment like your home. Accordingly, a self-defense minded gun owner needs to first take into account where he lives (suburban house, farm, studio apartment etc.) and then assess the location and materials used in its construction. These factors will help determine your choice of gun and round you keep for home defense.

Factoring in location and terrain means knowing where targets will appear, potential backstops and beyond them. Since most inner walls in homes in western societies are made of sheet rock and many outer walls made of brick or siding, it’s important to realize rounds could leave your home and keep traveling. Thinner than usual walls, glass windows or close neighbors should all play a part in your assessment of your home as should the sometimes strange angles and backstops inherent to ranch style or multi-level homes.

Remember, firefights are dynamic with people moving about helter skelter and this may include your children, so it is important to be aware of the location of spots where over-penetration can: a) occur and b) injure a friendly target. Practice identifying these places withyour family with both the lights on and off; most home invasions occur during the daytime, but they also happen in the early morning and evening too. This underlines the importance of knowing and remembering your backstops and beyond.

Is bigger better when it comes to self defense ammunition? I think that even novices would agree that it depends on if bigger is appropriate. So, how do you know what’s appropriate? Well, in a nutshell, by understanding the round/guns’ ballistic profile.

Ballistics is the study of projectiles and represents a discipline in shooting that can quickly turn into a private obsession creating scientists out of hobbyists. Indeed,understanding the ballistics of a roundis the key to understanding the theory of shooting—but realize that theory is not practice and you don’t need an intimate knowledge of muzzle velocity and “knock down” power to make informed decisions about over-penetration.

Despite the popularity of the round, too few realize that 9mm ball ammo can easily punch through not just one but several interior walls. By contrast, .223 rifle ammunition tends to tumble, turn and slow down when penetrating barriers, even more than a 9mm fired from some pistols. Many shooters like to debate this point, and admittedly on the surface it doesn’t seem logical, but studies done by SWAT teams over a decade ago revealed this phenomenon to be fact and it was one of the main reasons a lot of tactical teams transitioned to M-4s/AR-15s and gave up the H&K MP-5 SMG in the 80s and 90s.

Speaking of SWAT teams, while most have gone to ARs, one big city team in has stayed with the 12-gauge as have most militaries around the world which says something to me about the effectiveness of shotguns. Using rifle slugs and/or 00 buck, a shotgun allows both for powerful stopping advantage and light penetration.

But I’m also hesitant to endorse shotguns as the universal cure all for home invaders as Vice President Biden recently suggested. A shotgun blast is not like the movies where people fly backwards or fall down right away. One shot doesn’t necessarily mean one kill. Consider that your home invader may be high on PCPor some other drug. Tweaked out criminals can take a handgun round and keep going so take the time on the range to feel confident that you know what it is going to take to stop a human, which may mean a couple of shots.

There are also all kinds of handgun rounds out there—frangible rounds for instance—that promise to minimize penetration, mostly through projectile design. This may well be, but remember over penetration with any type of ammo is a reality that cannot be ignored. (continue reading)

All My Prepping Has Been a Waste of Time and Money