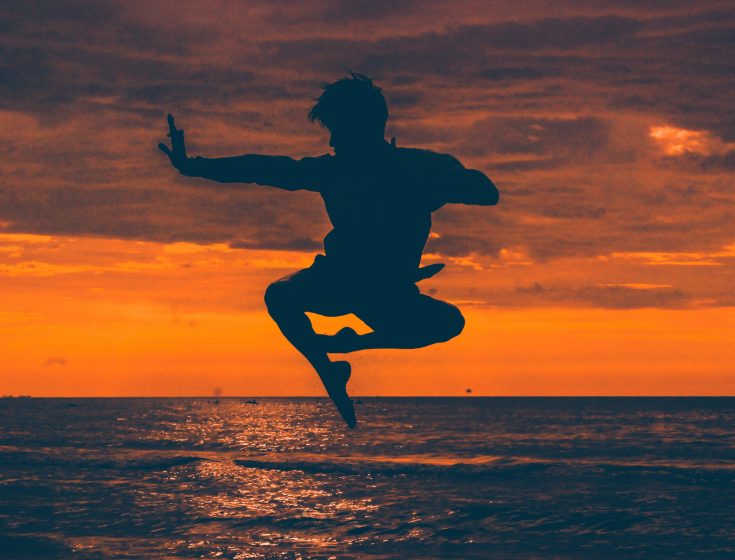 Most criminal acts are products of opportunity, and this situation is as good an opportunity as any for criminals. As human beings, we are generally a peaceful species. Most people abhor violence and shy away from confrontation.

This immediately makes most people prey. There are people in our society who enjoy the thrill of killing and/or do it because they are mentally unsound. There are people out there who have zero qualms about robbing, attacking, raping, or killing people.They have no value for life and no fear of consequences.

Since they’re the ones committing the crimes, they often pick the time, place and victim that represents the best opportunity. Since they’re at an advantage from the get-go, the only way to level that advantage and give yourself a fighting chance is to train like your life depends on it…because it actually does.

In this article, you’ll discover a few self-defense tips that you’d be wise to follow. These tips will give you an edge during a physical confrontation and if push comes to shove and you need to fight for your life, the points below will serve you well.

Know the Difference Between Self-Defense and Traditional Martial Arts

The problem with traditional martial arts like Karate, Judo, etc. is that they’re rigid and take a long time to learn. While the expert practitioners are more than capable of handling themselves, most people who do learn these arts still struggle in a physical confrontation.

Doing horse stances and other fancy poses are unhelpful and people who think that these moves will help them will probably find themselves getting beaten up by criminals with no training whatsoever.

What you need to do is join classes conducted by self-defense experts. Alternatively, you could join classes for Krav Maga, Kali/Eskrima, or any type of close combat training that favors the use of groin strikes, eye gouges, and other techniques that are fast and brutally effective.

In self-defense, the goal is survival and escape. You’re not interested in scoring points on difficulty of execution or flashy moves. If you’re about to be attacked , you’re better off stabbing them with a pen than you are falling into a cat stance.

When practicing at home, you want to train in different clothes so that you know what your limitations are. You may need to kick off your shoes or hike your skirt up to have more freedom to move.

If a woman is about to be raped, there is no time for modesty, decency, or propriety. If her dress is restrictive and will prevent her from kneeing her attacker in the groin, she should hike it up to her waist (without a second thought) to free up her legs and defend herself.

Switch Up Your Opponents

Train with different partners so that you can adapt to different people’s moves and techniques. You should also practice in different locations- try sparring while wearing ankle weights. Try being pinned down by two people in your self-defense class and see how you respond.

What about in a dark room that simulates an isolated parking lot? How about if your opponent is shouting vulgarities at you? Many people are intimidated when they’re being shouted at. How you train is how you fight- so train for every imaginable scenario.

Try self-defense in a small space with your practice partner and see how that works for you. That’s what could happen if you get cornered in an elevator.

What if someone approaches you with a knife? Or a gun? You have to be ready for anything.

Bear these three points in mind when you’re training. The more varied and practical your training is, the better prepared you’ll be should you ever be in a situation where you need to defend yourself. Train as often as you can till your reactions are instinctive.

Your self-defense MUST be both instinctive and strategic and effective during a violent encounter. This will ensure your highest chances of survival.