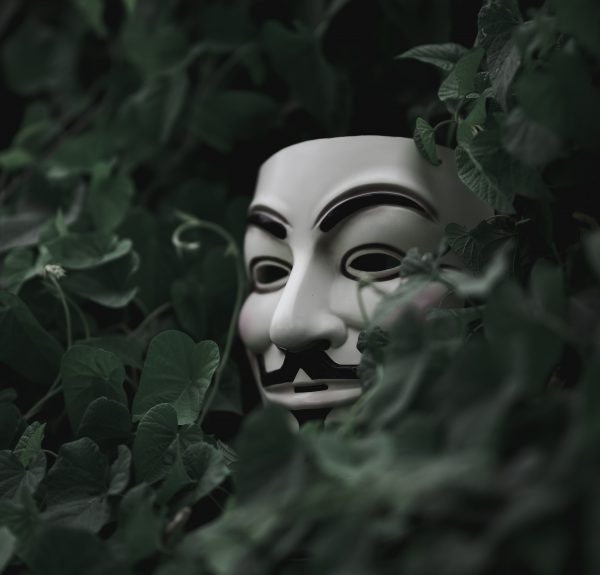 Sexual attacks such as rape are not only physically traumatic, but they leave emotional and psychological scars that take a long time to heal. These are some of the worst types of crimes because they take away so much from the victim. People who commit such crimes are a special breed of criminal.

While most criminals want money or your belongings, rapists want control over you. During times of crisis, when law enforcement is busy, these predators get bolder. Rapists have been reported to break into apartments and homes, and even to attack women in parking lots. Even worse, there’s always the possibility of the initial crime escalating to further violence if the victim resists or fights back.

Generally, criminals want to get what they want quickly and get away quickly. If they want to rob you, toss your handbag on the ground and run off. Now is not the time to fight.

However, with the more sinister kind of criminals who wish to rape or hurt you, things WILL get ugly. There’s no avoiding this fact. Pleading and begging and trying to talk them out of it will just portray you as a victim. With these animals, you must show no mercy, because they’ll show you none. 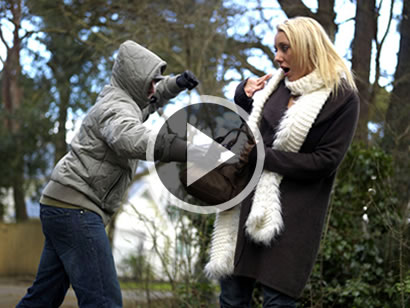 If the attacker places his palm on your mouth to gag you, bite his fingers as hard as you can. Do not let your fear overcome you. Every second counts. Gouge his eyes. Bite his neck. Do whatever it takes and always look for a way to inflict maximum damage on him

Make your blows count. Many women struggle and use up all their energy on ineffective moves till they just give up. Preserve your strength and use it when it matters. Do it right, and you’ll inflict enough pain to incapacitate your attacker and give yourself time to get away.

Hesitation can kill you. Ideally, you must be situationally aware and ready to act. If you’re a woman, carrying a stun gun or pepper spray in your jacket pocket will give you an edge. The key is to be fast and use the element of surprise. Do not brandish the stun gun and threaten your attacker, they’ll knock it out of your hand and overpower you.

Stun guns, knives, and pepper spray simply don’t have the fear factor that guns command, so you must use them sneakily when your attacker least expects it.

You should note that sexual attacks can happen in a few ways. One method is where the criminal approaches you and displays a weapon to force you to accompany him to an isolated location. If you comply without resisting, they’ll restrain you and lead you away so you can’t escape.

NEVER EVER let them scare you into going with them to a secondary location. An attacker will want to take you to a concealed place to prevent passers-by from coming to your aid. Do not follow them out of fear of their weapon. You’re safer putting up a fight where you are and screaming for attention. 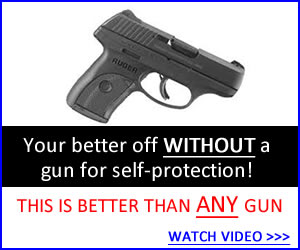 Other tactics include surprising you from behind and putting you in a headlock, grabbing your hair from behind, pinning you to the ground, or grabbing you by the throat.

With all these different tactics, the rules mentioned earlier still apply. Scream to draw attention; that’s your first line of defense. Scream “Fire!” This will get more attention than “Help!” which is often ignored.

If the attack persists, instead of struggling, reach into your pocket for your stun gun or pepper spray. If you have a stun gun, use it on them and don’t worry about getting an electric shock even if they’re holding you. Their body will absorb the full charge and incapacitate them. You’ll not be affected.

With pepper spray, you’ll need to wait for an opportune time to spray it on their face. Wait for it, and strike without warning.

If you don’t have these weapons, it’ll be tough. Nevertheless, use what you can. Have a pen? Jab it in their neck. If all you have are car keys, jab it in their eye.

The goal is to strike fast, strike hard, and do it when they’re not expecting it. If you stop struggling, they’ll let their guard down and believe that you’re scared. That’s when you grab your opportunity.

Last but not least: fight with all you’ve got, but fight smart. Do not use up all your energy all at once. Being calm is the most important thing. In any attack or rape, there is almost always a window of opportunity that will give you an advantage. Find it, exploit it, and show zero mercy.

Violent encounters can escalate really fast, so it’s imperative you bring you attacker down by whatever means possible and escape as fast as you can. Be an opponent, not a victim.