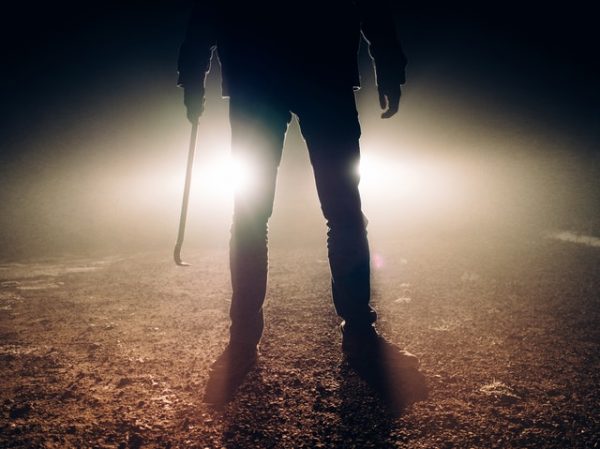 In movies like Hostage, Trespass, and Panic Room where a home is invaded, the family is stuck with dealing with the intruders for hours. In reality, home invasions are quite rare. There are three primary reasons for this.

Firstly, most burglars prefer an easy crime. They want to strike when the house is empty and there’s no one around to subdue.

Secondly, there’s always an element of danger for the intruders themselves if the occupants are armed.

Thirdly, home invasions require two to three intruders all working together. It has to be fast and systematic.

Most home invasions are over and done in a short time. The intruders will quickly try to subdue you while they rob the home. In some cases, however, things can take an uglier turn. We’ll cover a few tips below on how you can survive a home invasion.

Nothing deters intruders like a firearm. That’s why every prepper would do well to have a shotgun at home. Just the sound of the shotgun being racked is enough to strike fear into the hearts of most criminals.

Usually the intruders will try to be fast, loud, and get the occupants under their control quickly. The first thing you should do is see how many of them there are while you rush off to get your firearm. This will give you an idea of your chances in a fight.

If you’re alone at home, lock yourself in a room, call the police for help, and be ready to fire upon any intruder who tries breaking into your room. Always shout and tell them that you’ve called the police.

NEVER pretend to carry on sleeping hoping you won’t be disturbed. Don’t expect criminals to have mercy. They could easily kill you while you’re playing possum.

Instead, get up quietly and try to ascertain where the intruders are. If they’re downstairs, grab your cell phone, silently wake the other members of your house, and huddle everyone together in one room with the door locked. Place furniture against the door to reinforce it and call the police.

If you have a safe room and you can quickly get your family and yourself into it, that would be the perfect solution. Climb in, secure the door, and call for help.

If there are four to five adult males in the house, and only two intruders, it’s often possible to overcome the intruders. You should only follow this option after shouting at them and telling them to leave. Always give the intruders a way out; never corner them or make them feel trapped.

If they have knives or firearms, do not attempt any heroics. Just do as you’re told. If they try to attack you with a knife, always put distance and objects between them and yourself. Even holding up a chair with its legs pointed at your attacker and jabbing forward can be a very effective form of defense.

Avoid being restrained at all costs. That will put you completely at their mercy. If they do not have weapons, use improvised weapons and fight back.

If you do get tied up, you can break duct tape by rubbing it against a sharp surface. If your hands are zip tied, take out one shoelace, drape it over the zip tie and tie one end to each shoe. Now do a pedaling motion so that the shoelace acts as a saw against the zip tie. The heat and friction will break the tie.

Always remember this: you are NEVER unarmed. Objects all around your house can be used as weapons. If you can use it to stab, slash, or smash, it’s a weapon.

A frying pan is a weapon. So is a rolled-up magazine. The pretty flower vase in the entryway is perfect for smashing over the head of an attacker. Your kitchen knives, pens, chairs, etc. can all be used as weapons.

Never fear making a mess or damaging your items. Home invasions can lead to rape or even murder if allowed to escalate. So if you notice that the intruders have intentions other than just robbery, fighting back and injuring them is paramount.

Here’s a point to note: if they attack you, always aim to injure them as badly as you can. Stab their throat with a pen or knife. This can be extremely demoralizing to the rest of the intruders because now their partner will need medical attention and law enforcement will be able to track them. Their priority will then be to get their friend and escape as fast as they can.

Once the home invasion is over, do not clean up the house; you’ll be contaminating the crime scene. Call the police and wait for them to arrive and do their job.

Follow the tips above and your chances of surviving a home invasion will be much higher. Always try to retreat to a locked room and call for help (instead of taking them on), only respond defensively if you know you’re in danger, and most importantly: always trust your gut.