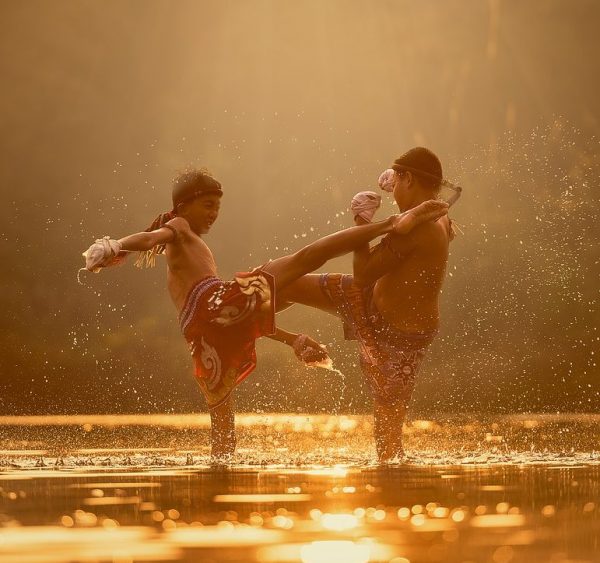 Any survivalist worth his or her salt views self-defense as a very important skill that they need to master. You could be an expert at storing water and food, and your bug out bag could be all ready to go, but if two hoodlums break into your home and injure or kill you just to take whatever you’ve got- all your efforts would be for nothing.

This is a real-life scenario that occurs over and over whenever there’s a crisis.  When people get desperate for food and supplies, they’ll do whatever it takes to look out for themselves. That includes stealing or even killing to get what they want.

Over and above that, crime will be rampant. We’ve all seen crises- such as riots and gangs- where looting is widespread or places like the ghettos where the crime rate is at an all-time high. This is the reality that most people fail to grasp. Things can get very ugly and you absolutely must be prepared.

In this article, we’ll look at the 5 principles of unarmed self-defense. While it’s recommended that you always have a firearm for your safety, in the event you do not have one, these five tips will come in handy.

Every Blow Must Count

Unlike mixed martial arts tournaments or boxing matches with 3-minute rounds, real-life altercations range from only seconds to a minute or two. Within this time, you could be mortally wounded, unconscious, or even dead.

In a real fight, every blow you throw must have intent and purpose. Aim for the soft tissues and vulnerable points in the body. The eyes, throat, nose, etc. are all soft targets that you must aim for.

Avoid striking the torso unless you know where to hit. While kidney shots and blows to the solar plexus are devastating, most people are not trained well enough to strike these areas effectively. It’s even more difficult when you’re stressed out in a combat situation.

The Best Defense is An Offense

Some martial arts like Aikido focus on wrist locks and other complicated techniques, where you perform a block and follow it with a strike. You’re better off learning an art like Kali or Krav Maga where a defense is just as damaging as an offence.

For example, if you learned Kali, your response to someone throwing a fist will be to smash it with your elbow in defense. So, not only are you protecting your face, but the hard point of your elbow may break your opponent’s fist.

This is efficiency at its finest. Pick a self-defense course that is based on real-world scenarios and learn how to defend yourself.

In self-defense, you will aim to strike three to four times in quick succession to bring your opponent down. You’ll always be moving forward and delivering blows in a rapid, continuous and determined fashion till they are down or run away.

Once your opponent is down, you’ll flee the scene. The goal of self-defense is to escape with your life intact. You’re not in a death match. Escape the first chance you get.

Never allow yourself to be in a situation where the attacker hits you first. If you find that the situation you’re facing is getting increasingly hostile, you can execute a pre-emptive strike and run away. For example, a palm heel strike to your opponent’s nose will send them reeling, or a swift kick to their groin will drop them to their knees. This is your opportunity to escape.

The key to reacting instinctively is repeated practice. You want the moves to be seared into your mind and muscle memory. During an actual altercation, you’ll not have time to think. However, your instincts and training will kick in and you’ll be able to protect yourself.

Adhere to the five points in this article and you’ll be much more likely to survive a dangerous situation with minimal injury to yourself.